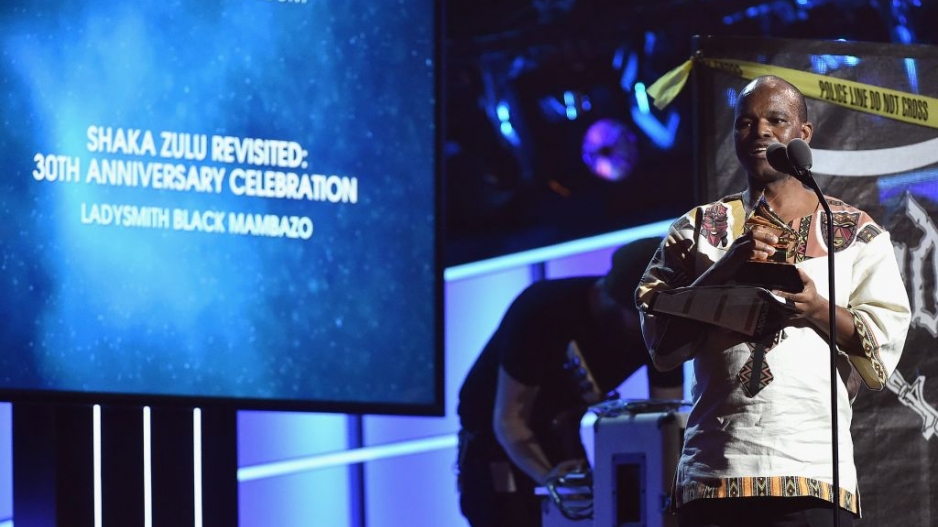 NEW YORK - The South African all-male choir Ladysmith Black Mambazo, a perennial favorite at the Grammys, on Sunday won for the fifth time with an album that revisits one of its breakthrough works.

The ensemble - which has brought a global audience to the traditional Zulu style of harmony-driven singing, known as isicathamiya - took the Best World Music Album award for "Shaka Zulu Revisited: 30th Anniversary Collection.

Ladysmith Black Mambazo came to worldwide attention when Paul Simon enlisted the group for his 1986 album "Graceland," a landmark work of world music fusion which revived the folk icon&39;s career and won the most prestigious Grammy for Album of the Year.

"Shaka Zulu" came the following year. The group decided to re-record the "Shaka Zulu" album in tribute to the group’s founder Joseph Shabalala, who has retired and handed control to his four sons.

The sons said that the latest album, with younger singers on the same tunes, was also meant to honor earlier members of the sprawling ensemble who have since died.

Shabalala, 76, was raised in the apartheid era on a white farm in KwaZulu-Natal province. He began singing after being inspired by dreams which eventually took on Christian themes.

As he retired from recording, Shabalala created a foundation to promote isicathamiya singing to children.

The Recording Academy, which administers the top prizes in US music, has long showered love on Ladysmith Black Mambazo, which has been nominated 19 times.

The group was also nominated Sunday for Children&39;s Album but did not win.