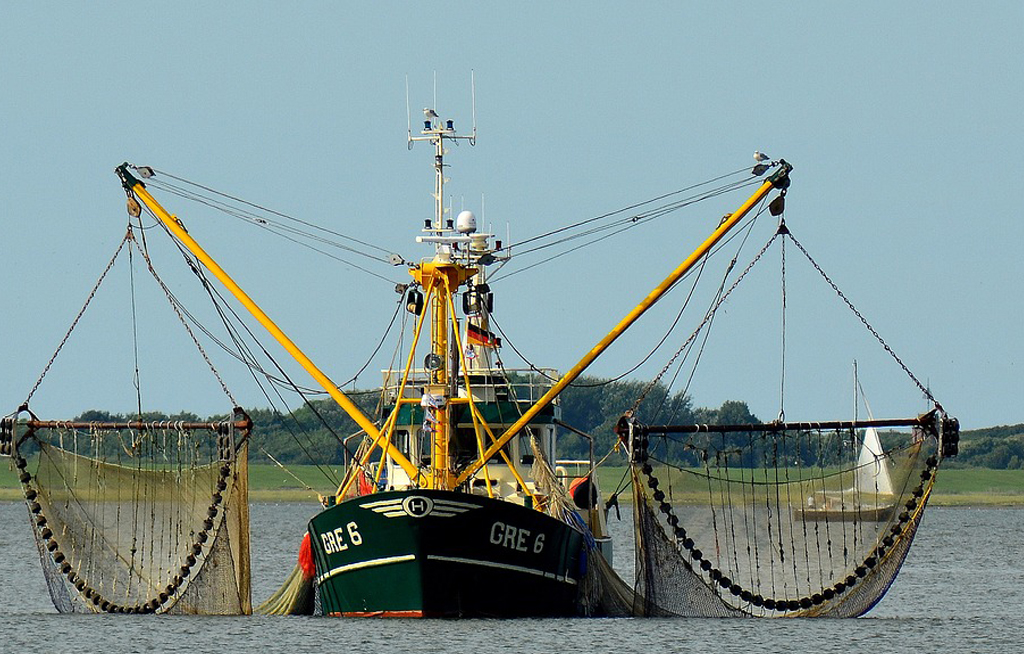 MIAMI - More than half the world&39;s oceans are being fished by large commercial vessels, particularly from China, according to the first view from space of global fishing practices published Thursday.

The report in the journal Science used satellite data to track industrial fishing and found that 55 percent of the world&39;s oceans -- and possibly more -- are being exploited by big fishing operations.

Some parts of the world with poor satellite coverage were not visible.

"The total area fished is likely higher," possibly up to 73 percent, said the report.

Fleets from five countries  -- China, Spain, Taiwan, Japan, and South Korea -- account for more than 85 percent of observed fishing efforts on the high seas. Half of the vessels are from China.

Global fishing is a $160 billion industry, and experts estimate that almost one-third of the world&39;s stocks are taken from the waters at an unsustainable rate, meaning they are overfished.

"Humans have been fishing the world&39;s oceans for 42,000 years, but until now we have had really no good picture of where and when people are fishing," lead author David Kroodsma told AFP.

"What we have created is a picture of fishing across the world which is in much clearer focus than we have had before."

The report does not point to illegal actors or say whether the amount of fishing being done is too much.

However, Kroodsma said this paper is the first of many in the pipeline using the software by Global Fishing Watch and aims to help policymakers answer those questions.

"I believe the ocean can be fished much more sustainable than it is being fished, and this information can help that," he said.

Only on big ships

The data comes from only big ships that have an automatic identification system (AIS) signal that can be received by satellites.

It was originally meant to help avoid collisions.

But compiling billions of AIS messages from industrial fishing vessels between 2012 and 2016 has shown that the area of the planet that is fished is four times bigger than the area of land that is farmed for agriculture.

Global hotspots for fishing "were seen in the northeast Atlantic and northwest Pacific, as well as in nutrient-rich regions off South America and West Africa," said the report.

Researchers could also see clear signs of cultural influence on fishing, such as a drop in activity on certain holidays like Christmas in Europe and North America, and the annual fishery moratoria in China.

According to Daniel Pauly, a professor at the Institute for the Oceans and Fisheries of the University of British Columbia, the data did not show more fishing than was expected.

"The small vessels that catch most of the world&39;s catch fish, in coastal waters, do not show up because they have no satellite transmitters," said Pauly, who was not involved in the research.

In years past, the data has been used to detect illegal activities off West Africa and in the Pacific.

In the future, Pauly said the data could help shape international laws in order to reduce instances of illegal fishing.