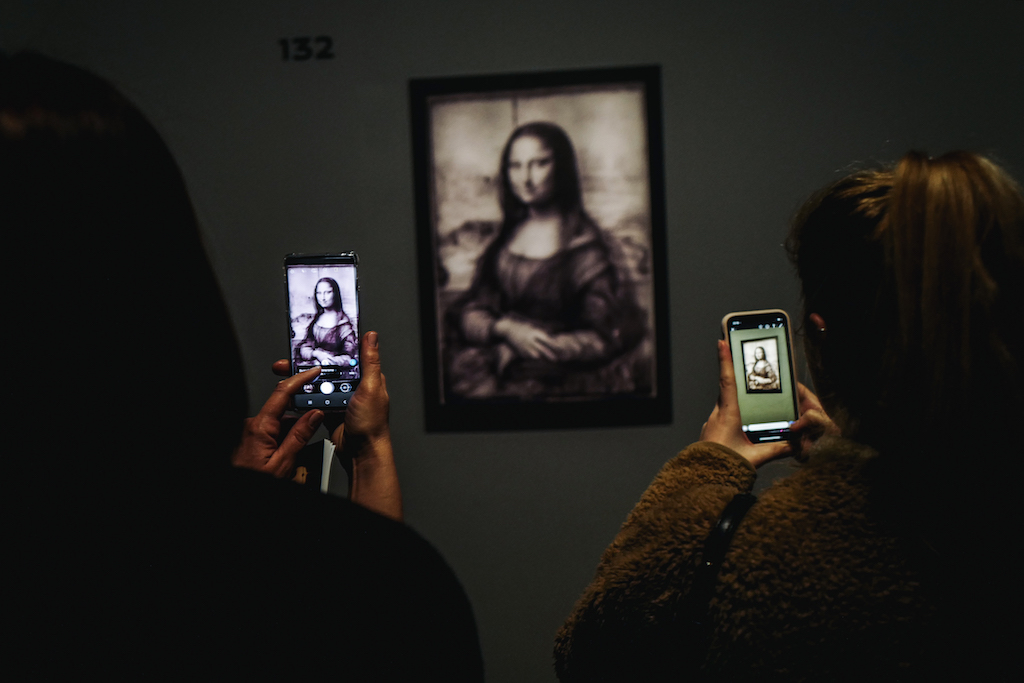 Visitors take photos of a version of the painting 'Mona Lisa' at the 'Leonardo da Vinci' exhibition at The Louvre Museum.

PARIS - Nearly 1.1 million people flocked to see a blockbuster Leonardo da Vinci exhibition at the Louvre in Paris before it closed on Monday - an all-time record - the museum said.

The huge show to mark the 500th anniversary of the artist's death in France, drew twice the numbers of the previous biggest show at the world's most visited museum.

In 2018, some 540,000 lined up for a major retrospective of the 19th-century French painter Eugene Delacroix.

But the Leonardo show, which was centred on the Louvre's own unrivalled collection of the Renaissance master's work, saw record numbers of visitors from the start, with prior booking required.

"It is marvellous that an Italian Renaissance artist continues to fascinate the public," said the museum's director Jean-Luc Martinez.

He said he was hugely proud of having "brought together the biggest number of Leonardo's works for a show, and of having welcomed such a huge and diverse group of visitors".

The "Mona Lisa", the most famous of the Tuscan's paintings, was conspicuously absent from the show, as organisers feared crowd-control problems.

But the Louvre's "La Belle Ferronniere" and "Saint John the Baptist" were among nearly 120 works featured in the huge show, which opened in October.

On average, nearly 10,000 people a day passed through the doors, paying 17 euros ($18) each to admire 10 of the master's paintings as well as an assortment of notebooks, drawings, manuscripts and sculptures.

"Such an exceptional number of people over four months is because of the 46 evening openings," the Louvre added.

The museum opened all night on the show's last three days to allow the maximum number of people to see it.

Although the numbers who queued to see the Leonardo show were impressive, it fell short of the French record set by a Tutankhamun blockbuster from Egypt's National Museum, which drew 1.4 million people to the Villette arts complex in northern Paris last year.