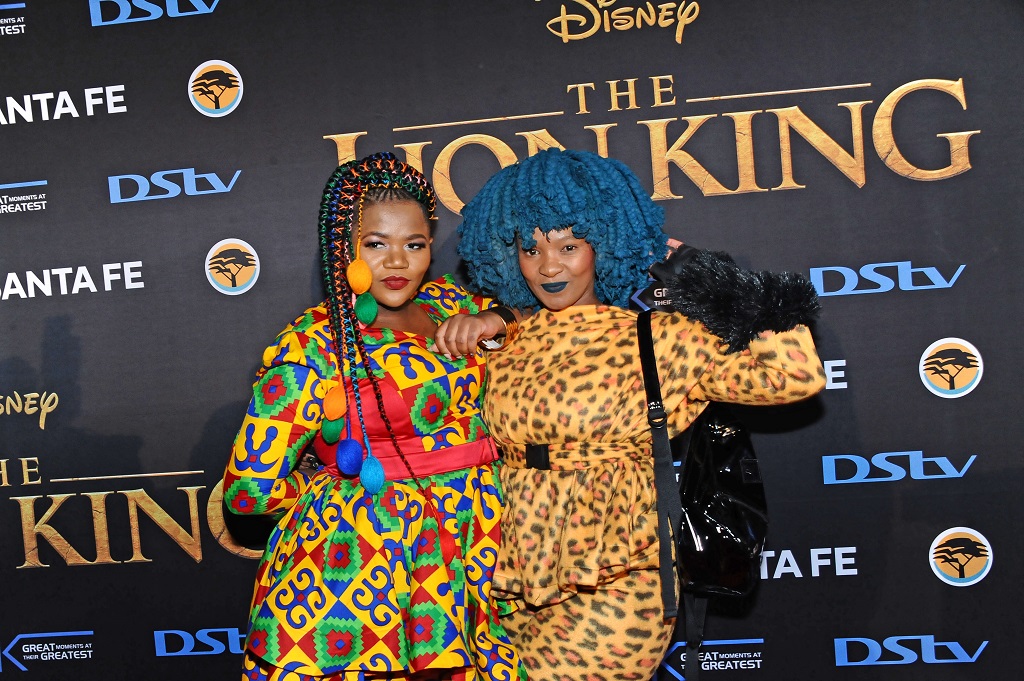 Busiswa & Moonchild Sanelly during the official South African Premiere of Disney's The Lion King at the Johannesburg Country Club on July 18, 2019 in Johannesburg, South Africa.

JOHANNESBURG - The Lion King remake premiered around the world on Friday, accompanied by an album from US singer Beyoncé.

The album, The Lion King: The Gift, which is separate from the movie's soundtrack, features a range of artists including South Africa's own Busiswa and Moonchild Sanelly.

Following the announcement of the soundtrack earlier this week Busiswa thanked Beyonce for the opportunity to work with her.

Tierra Whack and Yemi Alade are also featured on the track, titled My Power.

In an interview with Good Morning America Beyoncé, who plays Nala in the movie, described the soundtrack as a 'love letter to Africa.'