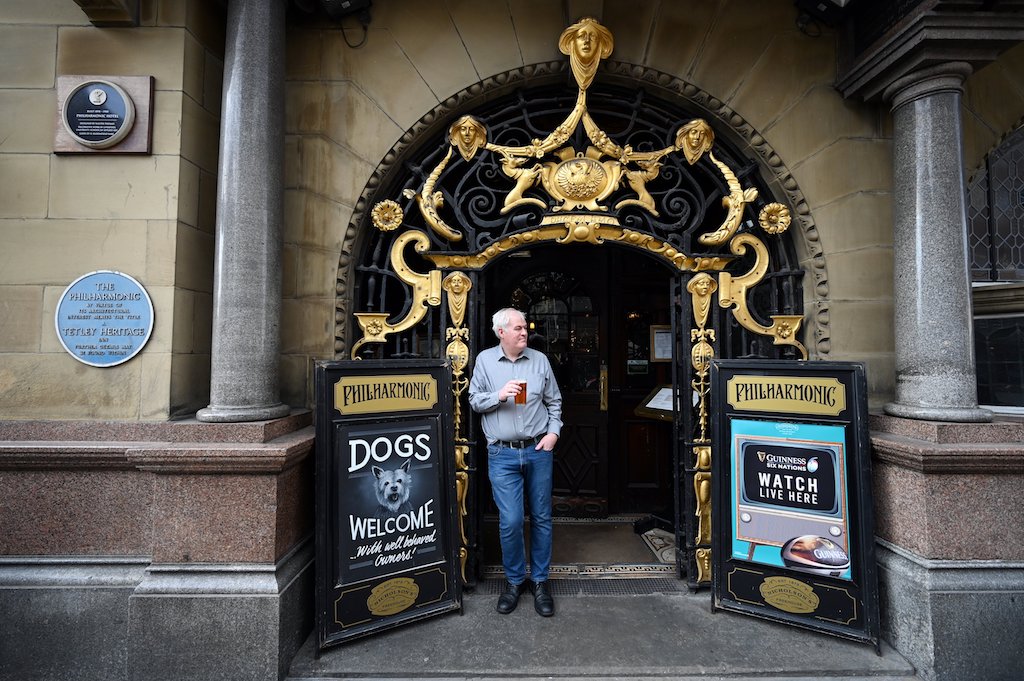 Eamonn Lavin, landlord of the The Philharmonic Dining Rooms, poses for a photograph at the pub in Liverpool.

LIVERPOOL - It's a Liverpool institution that was a favourite hangout of The Beatles. Now, the Philharmonic Dining Rooms has become the first Victorian-era English pub to be given Grade I listed status.

"The Phil", as it's known in the city, was built in 1898 by architect Walter W Thomas during the "golden age" of pub building in the 19th century.

The venue, opposite the Liverpool Philharmonic Hall concert venue, is notable for its exuberant grand stone exterior and richly decorated interior.

The pub, Grade II listed since 1955, now joins other architectural gems such as Buckingham Palace and Chatsworth House after Historic England upgraded it to a top-ranking Grade I.

The listing "will help maintain and preserve its outstanding interior fittings and exterior fabric for the future", he added.

Its art nouveau entrance gates are considered to be among the finest of their style in England.

"We got people from all over the world -- Japan, America, France, everywhere, Europe -- and they all come in just to see the building and sample some of the beers and drink," he told AFP.

"So it's got real rich history as well. And Liverpool is a city that's quite interesting anyway. So, this is just the icing on the cake for tourists really."