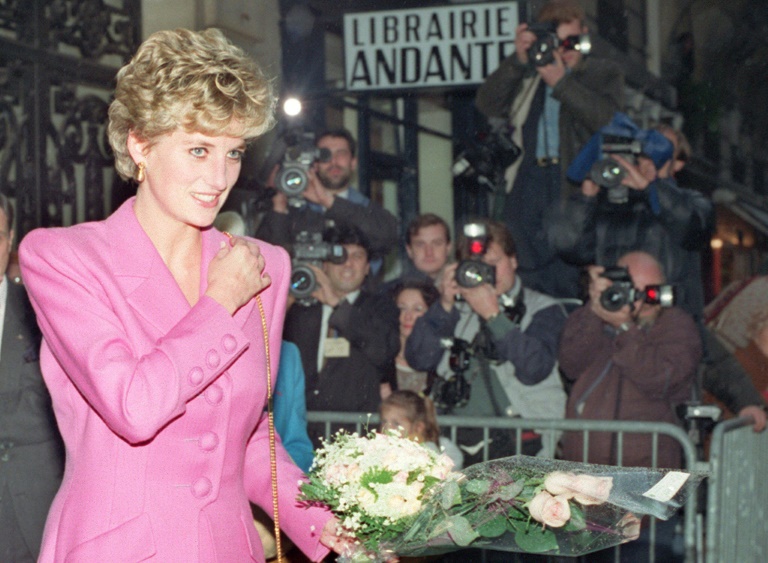 The interview on BBC's flagship "Panorama" programme in November 1995 was watched by a record 22.8 million people and lifted the lid on Diana's troubled marriage to Prince Charles. AFP/Vincent Amalvy

LONDON - London's police force said it would not launch a criminal investigation into a former BBC reporter's deception to secure a 1995 interview with Princess Diana.

The decision comes after an independent report in May concluded that Martin Bashir had deceived Diana's brother into helping to arrange the interview, in which she spoke candidly about her troubled marriage to Prince Charles.

The Metropolitan Police said it had previously deemed it "not appropriate" to investigate claims of illegal activity, and upheld that view after reviewing the latest report.

In a statement, it said it "has not identified evidence that constituted a criminal offence and will therefore be taking no further action".

In the report, senior judge John Dyson concluded that Bashir commissioned fake bank statements that falsely suggested some of Diana's closest aides were being paid by the security services to keep tabs on her.

He then showed them to Spencer in a successful bid to earn their trust and land the sensational sit-down, in which Diana admitted adultery with a former army officer, James Hewitt, and detailed Charles' affair with Camilla Parker Bowles.

"There were three of us in this marriage, so it was a bit crowded," Diana told Bashir in the programme, which was watched by a UK audience of nearly 23 million people.

The couple formally divorced in 1996. Diana died in a high-speed car crash in Paris the following year aged 36.

Heir to the throne Charles married Camilla at a civil ceremony in 2005.

Diana and Charles' sons, princes William and Harry, both severely criticised Bashir and the BBC for their conduct, saying it contributed to her death.

Bashir has apologised but maintained Diana was still eager to speak out and he should not be held responsible for subsequent events, including her death.

The journalist stepped down from his role as BBC religion editor hours before the Dyson report was published, citing ill health.

Tony Hall, who was the BBC's director of news at the time of the interview, also quit as chair of Britain's National Gallery.