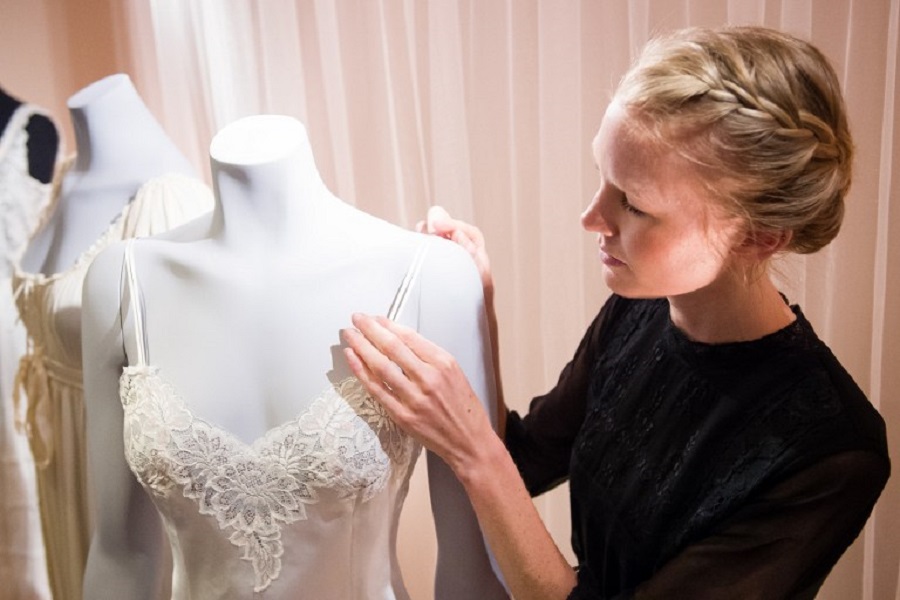 A gallery assistant poses with a design included in "Undressed: A Brief History of Underwear" exhibition which tells the story of underwear design from the 18th century to present day, and runs from 16 April to 12 March 2017.

LONDON, UK - Critics on Monday accused London&39;s iconic Victoria & Albert Museum of compromising its role as a source of inspiration for artists after forbidding visitors from sketching exhibits from its new underwear show.

The world&39;s largest museum of decorative arts and design, which houses over 4.5 million objects, said it had erected signs forbidding photography and sketching due to "temporary loan restrictions" imposed by contributors to "Undressed: A Brief History of Underwear".

Rachel Campbell-Johnston, chief art critic of The Times, said on Monday that the ban was "like telling a reader to go to a library but telling them they can&39;t read the book."

The 164-year-old museum stressed on its own Twitter account that the ban only applied to some temporary exhibitions, and that "we continue to support and encourage sketching in our seven miles of permanent galleries".

A spokesman for the gallery had earlier told the Guardian newspaper that the restrictions -- first introduced for its 2013 David Bowie exhibition -- were to prevent congestion at busy shows, but later clarified that it was also due to loan conditions.

The show, which opened April 16, explores three centuries of underwear in Europe, focusing on Britain&39;s relationship with its most intimate garments through more than 200 pieces.

The ban also applies to the "Botticelli Reimagined" exhibition which contains around 50 paintings by the Italian Renaissance master, as well as works by the many artists who were inspired by him.