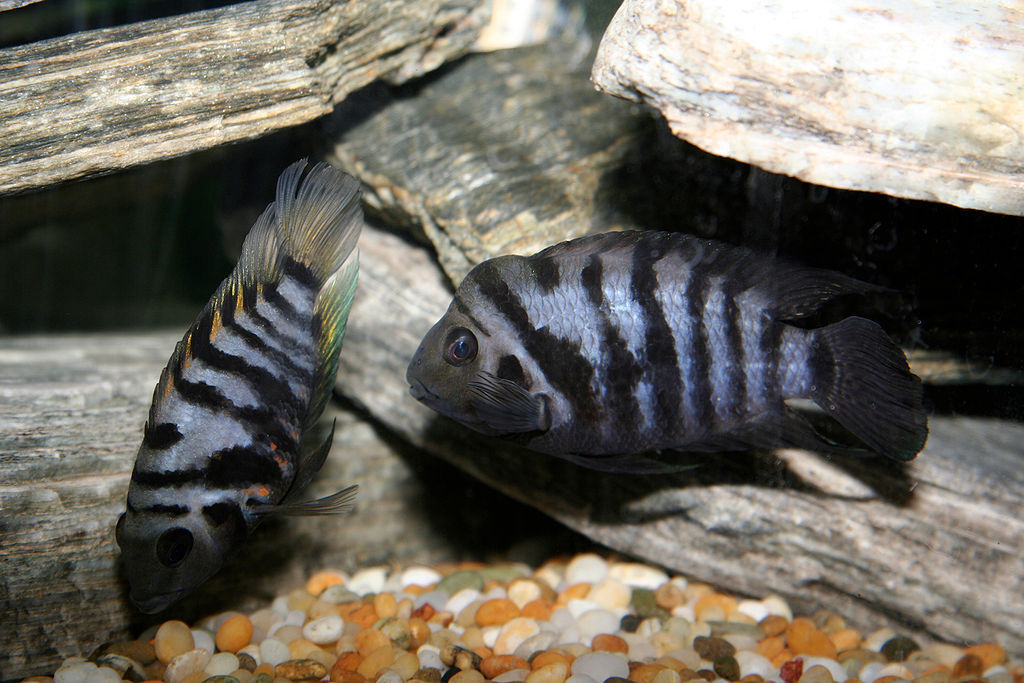 File: Female cichlids, when paired with a male who is not their preferred partner, were shown in experiments to exhibit "pessimistic" behaviour.

PARIS - The tiny Central American convict cichlid may only be a few centimetres long but it's a fish with a big heart.

Researchers in France found that the tropical fish - known to be a loyal and monogamous partner - suffers from heartache when separated from its lover.

Even more heart-rending perhaps is that female cichlids, when paired with a male who is not their preferred partner, were shown in experiments to exhibit "pessimistic" behaviour.

READ: For richer or poorer? How to balance love and money

Scientists believe that over the course of evolution fish species such as the convict cichlid have developed loyal partnerships as a way to better protect their young, which are extremely vulnerable to predators.

To effectively measure each fish's mental response to separation, researchers from the University of Burgundy in Dijon trained females to use their mouths to open two small boxes, placed either side of their tanks.

The "positive" box contained fish food, and the "negative" box was empty. The boxes had either black or white lids to help the fish distinguish between them.

The team then placed a grey "ambiguous" box in the centre of the tank to see how the females would react.

They reasoned that a fish with an optimistic outlook would flip open the grey lid in the hope of snaffling a treat, whereas a pessimistic one might hesitate or leave the box alone altogether.

Their study, published in the journal Proceedings of Royal Society B, showed that female fish spend much more time trying to lift off the grey lids when their favoured males were in the tanks with them.

While the tale of the cichlid's lovelorn travails may warm the heart, the fish are anything but lovely: they have sharp teeth and have been shown to be extremely territorial.