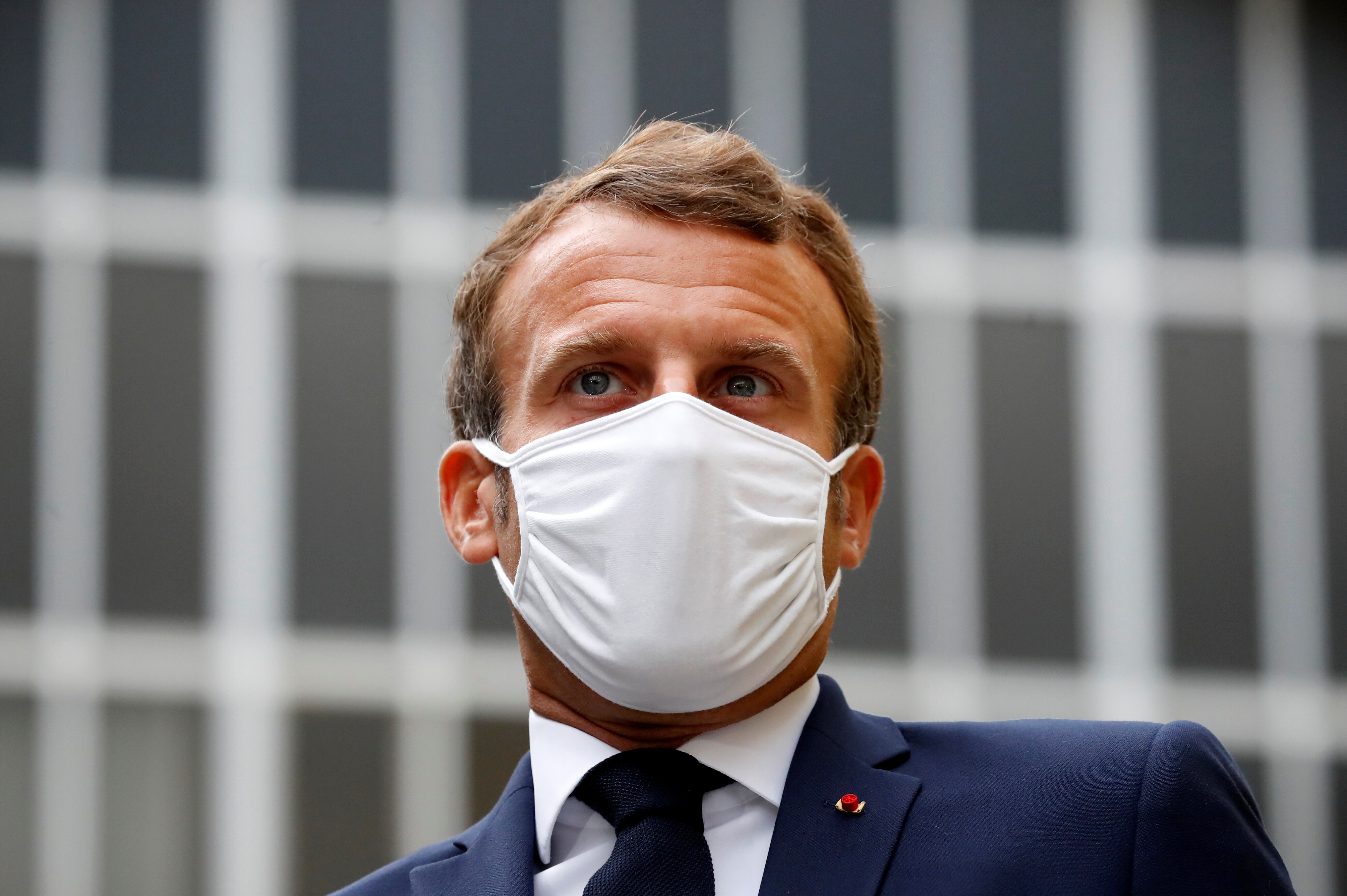 PARIS - French President Emmanuel Macron took to Tik Tok and Instagram to try to counter misinformation about vaccines following a third weekend of demonstrations over a controversial COVID-19 health pass.

Macron discarded his customary dark suit and tie for a black t-shirt in a short video from the presidency's holiday residence in southern France, in which he repeated that vaccines were the "only weapon" that could beat back a fourth wave of coronavirus.

"Some of you have been hearing false rumours, some of it rubbish it has to be said," he said in the selfie video, in which he urged the vaccine-shy to put their questions and concerns directly to him.

He was speaking after an estimated 200,000 people demonstrated across France on Saturday.

The protests were the biggest since Macron last month announced that people would have to furnish proof of vaccination, a negative COVID-19 test or recent recovery from COVID-19 to gain entry to most museums, cinemas and sports venues.

The rules will be extended to bars, restaurants, long-distance trains and shopping centres on 9 August.

Opponents accuse Macron of running a health "dictatorship", saying the measures impinge on freedom of choice.

So far, 42.6 million people in France have received at least one vaccine shot, representing 63.2 percent of the population. Of these, 35.7 million are fully vaccinated.

A further 19,600 infections were recorded on Sunday, up from under 5,000 in mid-June  -- an increase blamed largely on the spread of the Delta variant.