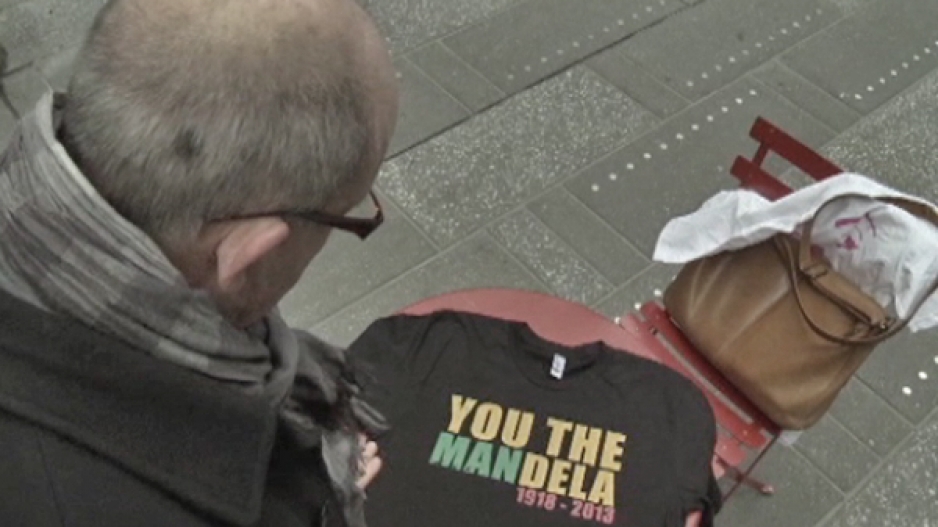 JOHANNESBURG - When it comes to retail New York may feel like a city already bursting at the seams. But for some designers there is an icon they believe could make a lasting impression in the fashion world,  even after his passing.

Nelson Mandela’s sense of style caught the eye of people around the globe, and after his death he’s still making an impression on the fashion world.

For over a decade Spreadshirt has been giving designers like Beau Warren a platform to create shirts and other apparel. Since Nelson Mandela’s death they say sales of T-shirts with his image have gone up over 100%.

Warren says “I would put Mandela in the same category as Ch Guevara shirts where it’s one of these people that they are iconic and they go above and beyond being a political figure.”

The company’s Vice President for Global Sales and Partnerships Mark Venezia says there are now over 110 Mandela t-shirt designs on their site. He isn’t surprised that people have turned to fashion to celebrate his life.

He says “People want to honour him and pay tribute to him and have something to remember him by and they took the time to create a design and put it on clothing.”

Sales of Mandela shirts like these might be promising for designers and manufacturers, but in the cutthroat world of fashion, making a lasting mark is something seldom seen.

Susan Scafidi is a professor and also the founder of the Fashion Law Institute. She recognises the potential that Mandela has as a fashion statement but doesn’t think the timing is right.

She says “Nelson Mandela is a great man and an enormous historical figure who did amazing things but he’s also not someone we project ourselves into. Yet.”

Fashion trends come and go but for Scafidi it’s a t-shirts message that keeps it popular. For now, she says, people buy his shirts to celebrate the man but she believes in time people will celebrate his legacy.

And that’s when she thinks you might start seeing him in these shop windows.

* Reporting for eNCA by William Denselow from New York