Making a drachma out of a crisis (and other Greece jokes) 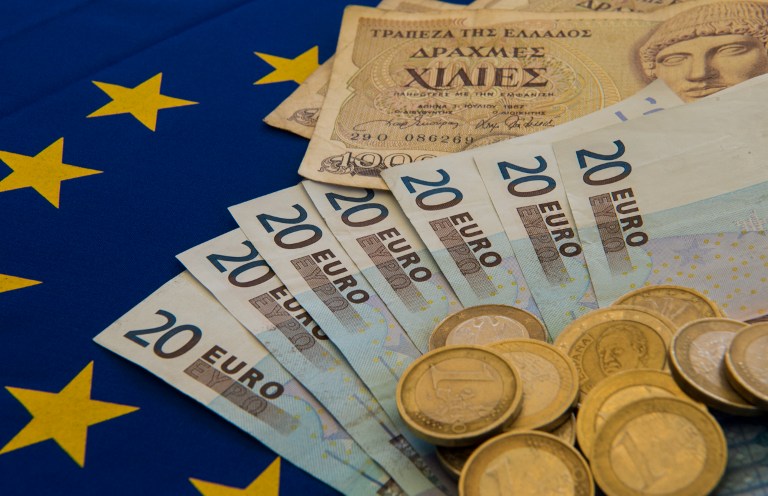 Inside Greece, the humour points to its citizens' irrepressible cheekiness, even in times of trouble.

But in several quarters -- not least among wry Greeks themselves -- jokes are flourishing.

Here is a small selection of humour making the rounds, inside and outside the country:

On Reddit, an online bulletin board community, the reigning joke is: "What is the capital of Greece?"

Another gag, this time on Twitter: "What&39;s a Grecian urn? A lot less than he did two years ago."

Inside Greece, the humour points to its citizens&39; irrepressible cheekiness, even in times of trouble.

"Hey, nice tan!," says one joke that has gone viral. "Did you spend the weekend at Psarou beach (a VIP spot on Mykonos island)?"

"No. I got it from waiting in line for the cash machine."

Facebook is a popular venue for letting off steam.

One post going around on the network reads that "Berlin has reservations about our bailout proposals -- it might also want our kidneys."

This one went down less well with Greeks.

At an event in Frankfurt on Thursday, Bloomberg reported, German Finance Minister Wolfgang Schaeuble joked with his US counterpart Jack Lew that the two should swap their respective debt problem childs: Greece for Puerto Rico.

"I offered my friend Jack Lew these days that we could take Puerto Rico into the euro zone if the US were willing to take Greece into the dollar union," Schauble was quoted as saying.

Cartoonists in newspapers far and wide have found much in the Greek crisis to dip their pens into (being careful in the process to spill much less red ink than the country itself).

One recent cartoon in the New York Times showed a herd of lemmings wearing the various EU flags going over a cliff marked &39;Austerity&39; -- with a Greek-flagged lemming running the other way to safety.

"There&39;s always one idiot," remarks a member of the suicidal euro-rodents.

And then there&39;s the signature of Greece&39;s new finance minister, Euclid Tsakalotos.

It looks bizarrely like a phallus, say commentators, some of whom have been quick to note the symbolic weight of this -- Tsakalotos&39; signature will feature on Greece&39;s official request to its European creditors.

It "could be a middle finger to the world," Mashable said, before conceding, "or maybe just a duck with a sassy quiff."

A reminder that ATMs in Greece have had to resort to offering other services. GreeceCrisis pic.twitter.com/tAUHFPhO4A

i remember saving this meme two years ago cause i thought it was funny…. it still holds notASfunnynow greece pic.twitter.com/OqHjxvAscO

The Greeks would probably be on a better financial footing if they didn&39;t run all of these fraternity houses in the U.S.