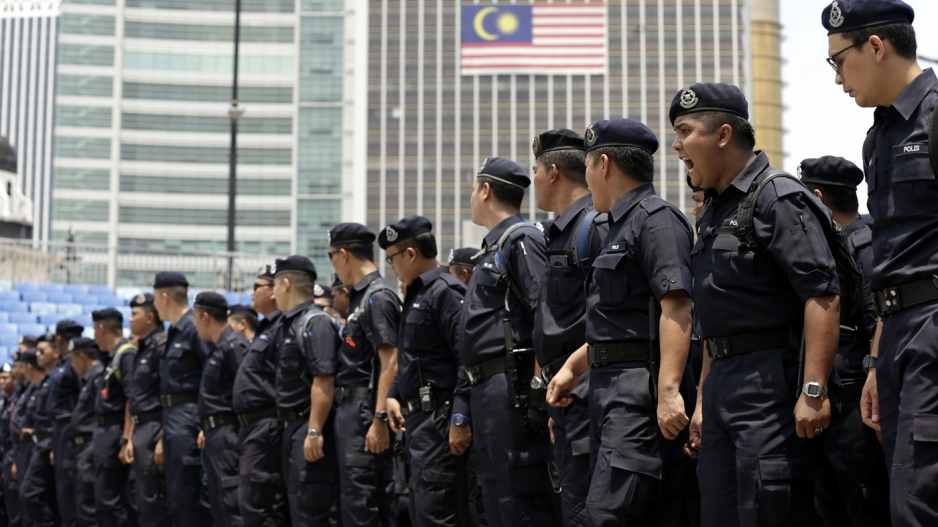 Malaysian police in formation in a central square on guard during a rally in Kuala Lumpur, Malaysia on August 29, 2015.

KUALA LUMPUR – Malaysia is putting the heat on overweight police officers, warning them to shape up or miss out on promotions amid estimates that nearly 10 percent of the force is obese.

A taste for rich foods has made Malaysia the fattest country in south-east Asia, according to officials and health experts, and the police force has not been spared.

Local media have quoted police officials estimating that nearly 11,000 of the country&39;s 122,000 police officers were "obese".

National police chief Khalid Abu Bakar said on Wednesday officers will now have to pass a fitness test before they can rise up the ranks, and that a new fitness programme has been introduced for overweight cops.

Besides limiting their effectiveness as crime fighters, the problem has led to a "high mortality rate... caused by diabetes and high blood pressure" in the corps, Khalid was quoted saying by news portal Malaysiakini.

"We, as the management of the Royal Malaysian Police, need to find a way for the sake of their families, and for them, to be made aware that they need to exercise and to stay fit," he said.

Police officials have said hundreds on the force call in sick every day.

Nearly half the population of relatively prosperous, food-loving Malaysia is overweight or obese, according to a 2013 study by UK medical journal The Lancet, compared to global rates of around 30 percent.

Muslim-majority Malaysia also has historically lacked a strong tradition of active outdoor leisure pursuits due in part to its sweltering weather, Islamic modesty, and shortage of public spaces for exercise.

Some 2,6-million adults have diabetes, a figure authorities expect to spike to 4,5-million in 2020. Malaysia has a population of nearly 30-million.