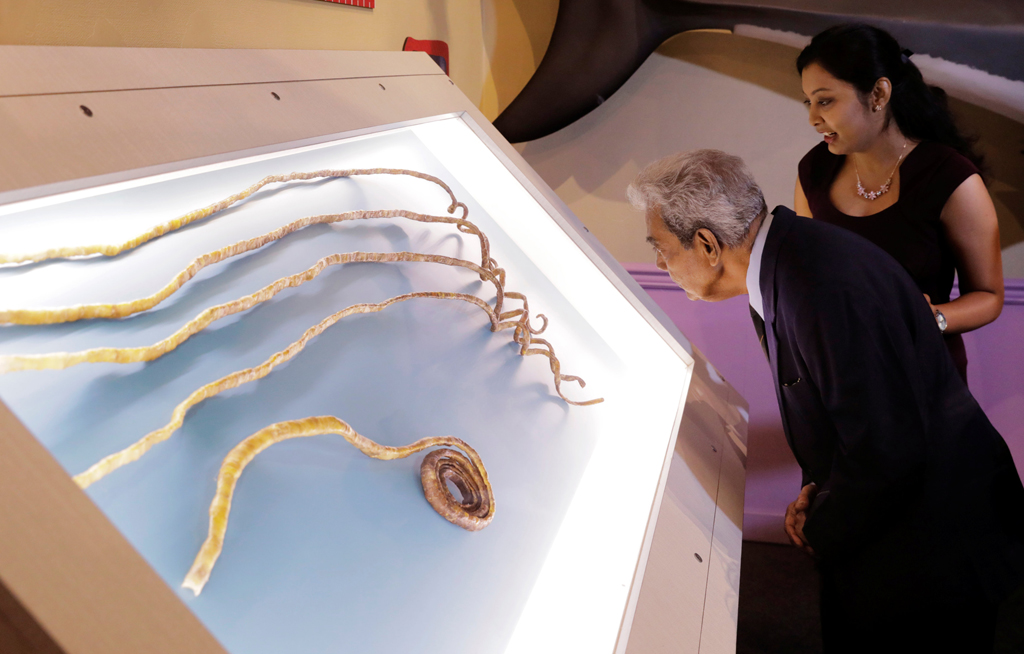 Shridhar Chillal of India stands with his grand daughter Shraddha Chillal at an announcement that the five fingernails he grew for 66 years will be displayed in Ripley's Believe it or Not in New York, US, July 11, 2018.

NEW YORK - The man with the longest fingernails in the world has finally cut them after 66 years.

The Ripley&39;s Believe It or Not museum in New York City unveiled Shridhar Chillal’s fingernails to the public.

He asked that his nails be immortalised in a museum.

The 82-year-old has not cut the fingernails on his left hand since 1952.

It&39;s estimated the nails have a combined length of 909.6 centimetres.

He had made it to the Guinness Book of World Records in 2016 for having the &39;Longest Fingernails on a Single Hand Ever&39;.