Mandela portrayed as Jesus at the Last Supper 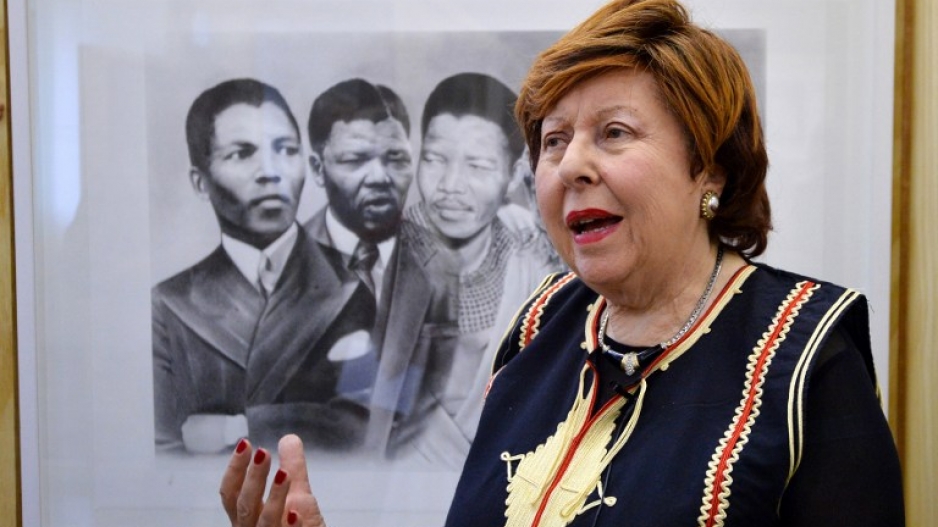 LONDON - A portrait of Nelson Mandela by British artist Richard Stone and a portrayal of him playing the role of Jesus at the Last Supper are some of the works on display in London&39;s "We Love Mandela" exhibition.

Some 22 artists, all South African with the exception of Stone, are displaying around 50 works reflecting the "emotions of people", their feelings and ideas about South Africa&39;s first black president, exhibition curator Natalie Knight told AFP.

Many of the artists showcased were forced to work underground during the era of apartheid.

Peace icon Mandela featured "at the top" of the list of personalities whom Stone, portraitist of Queen Elizabeth II and former British prime minister Margaret Thatcher, wanted to paint.

"It was the most daunting experience I had ever had" and also "the greatest privilege", the artist told AFP.

"Here we have quite possibly the most famous man on the planet," he said.

"My goal was to capture something of the soul of this very great man."

Stone recalled how Mandela "allowed a little window to be open into his soul" during the six sittings which took place in his Johannesburg office in 2008.

The painting, which features a dignified white-haired Mandela wearing one of his trademark colourful shirts, was sold at auction in 2008 for around 480,000 euros ($650,000) during a London concert celebrating his 90th birthday.

The exhibition gives equal billing to numerous cartoons by South African animator Zapiro, one of which shows Mandela sat in a carriage next to the queen as they travel through the streets of London.

A policeman turns to his colleague and says: "The next bloody tourist who asks who&39;s the little old lady with Mandela...!"

For Knight, the drawing epitomises "the importance of Mandela in the world."

Another work explores the power of Mandela&39;s clenched fist, the symbol of his fight against apartheid, while another imagines Mandela as the central figure at the Last Supper, surrounded by "his" disciples, including Mahatma Gandhi, Martin Luther King and Rosa Parks.

The exhibition was postponed on several occasions due to health concerns over 95-year-old Mandela, who was hospitalised in June and is now receiving intensive care at home.

The exhibition is free to the public and will open on October 16 at the South African embassy in London. It will then travel to Paris, while Berlin and the United States have expressed interest in hosting the works.