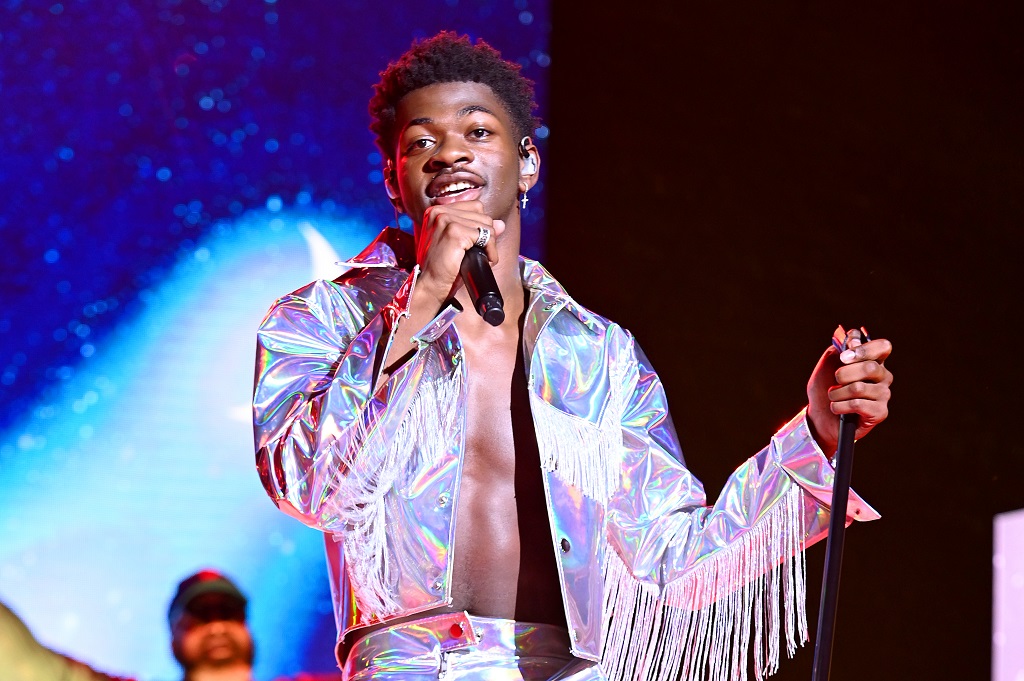 Montero Hill had dropped out of university, was living with his sister, had no job, car or even a driver's licence. Today -- thanks to record-breaking single "Old Town Road" -- he is the millionaire country-rap superstar known as Lil Nas X.

NEW YORK - Overnight sensation Lil Nas X continued his wild ride of pop music domination Monday, taking the reins of the record for longest stretch atop the US singles chart at 17 weeks with his infectious country-trap smash "Old Town Road."

The viral mega-hit that mashes banjo twangs with thumping bass from the unknown artist-turned-industry maverick topped the Billboard record of 16 weeks on the industry's most closely watched singles chart.

That was set by 1995's "One Sweet Day" by Mariah Carey and Boyz II Men and matched by the 2017 Latin juggernaut "Despacito" by Luis Fonsi, Daddy Yankee and Justin Bieber.

After first grabbing attention on the video-sharing app TikTok, Lil Nas X, 20, soared into the public consciousness when his genre-bending hit booted Ariana Grande from the Billboard chart's top overall spot in April, also fending off advances from pop royalty including Bieber and Taylor Swift.

Since then, the internet meme king has shrewdly goosed his numbers by releasing remix after remix of the snappy track, most notably with country star Billy Rae Cyrus, which is the version listed on the Billboard chart.

As long as remixes are in line with the original sound of a song, the streams, downloads and sales are included in one composite number.

To create his masterpiece Lil Nas X bought a backing track online for $30 from a Dutch producer, pairing it with an eerie sample from the Nine Inch Nails song "34 Ghosts IV."

Controversy famously stoked the artist's rise to fame after Billboard removed the fusion novelty song from the country charts but left it on the rap list, triggering accusations that the Atlanta musician's work was pigeonholed purely because he is black.

He never returned to the country chart - despite the collaboration with Cyrus - but his unstoppable hit has stayed atop the Hot R&B/Hip Hop and Hot Rap songs chart for 17 weeks.

In a lengthy Instagram post filled with emojis, the artist born Montero Lamar Hill said that he was struggling just last year: "I jokingly/seriously saw myself as a loner cowboy needing to run away from it all."

"This song has changed my life and the way i see the world around me in less than a year," he said. "It's just the beginning!"

"wow man last year i was sleeping on my sisters floor, had no money, struggling to get plays on my music, suffering from daily headaches, now i'm gay," he joked on Twitter the night before breaking the record.

Since catapulting to celebrity Lil Nas X has also dropped an EP entitled "7," which includes the original version of "Road" and its Billy Rae Cyrus remix along with a song featuring rap star Cardi B.

Asked earlier this month whether she was worried about the prospect of losing her record to the novice artist, diva Carey deadpanned: "Darling, no."

On Twitter he had invited the pop icon to record a remix of the song with him, which she responded to by posting a picture of herself in a cowboy hat with the caption "One Sweet Town Road!"

Lil Nas X had told TMZ he might send Carey roses upon breaking her record, and hours after sealing the deal he tweeted: "mariah carey is a legend and i love & respect her."