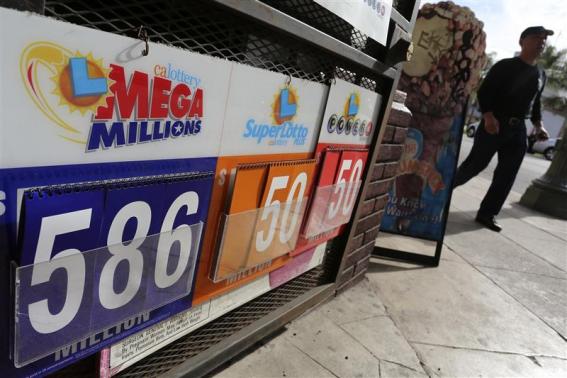 A man walks past a Mega Millions lottery sign with the estimated jackpot of $586 million posted in Los Angeles, California.

VIRGINIA - A last-minute ticket buying frenzy could make Tuesday&39;s Mega Millions jackpot the biggest US lottery prize in history, and odds are mounting for a winner just a week before Christmas, a game official said.

The prize swelled to $586 million on Monday, with another spike in sales expected Tuesday before the 11pm drawing, said Paula Otto, Virginia&39;s lottery director, who heads the multi-state Mega Millions game.

If the winner chooses to take the lump sum cash option, instead of payments over 30 years, the jackpot would be $316 million, according to MegaMillions.com.

As much as 70 percent of tickets are typically bought the day of the drawing, she said.

The spending tsunami pushed the prize closer to the record U.S. jackpot of $656 million, won March 2012 in a Mega Millions drawing.

The second largest lottery jackpot was $590.5 million, won May 2013 in a Powerball game.

"If it doesn&39;t surpass the record, we&39;ll be close. It&39;s growing a little faster than we thought," Otto said on Monday.

The more tickets sold, the better chance someone will match one of the 259 million possible number combinations that could land a jackpot.

By Tuesday&39;s drawing, players will have bought enough tickets to cover 65 percent to 75 percent of the possible number combinations to strike it rich, Otto said.

If no one picks the exact combination of numbers that appear on six randomly selected lottery balls, the prize will keep growing until the next drawing on Friday.

"We&39;ve never had a jackpot this high the week before Christmas," said Otto, who kept mum on whether she is hoping for the drama that a Christmas Eve drawing could bring.