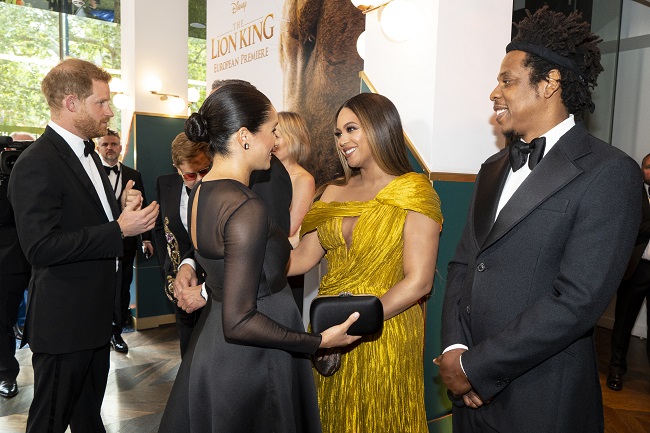 Britain's Prince Harry, Duke of Sussex (L) and Britain's Meghan, Duchess of Sussex (2nd L) meets cast and crew, including US singer-songwriter Beyoncé (C) and her husband, US rapper Jay-Z (R) as they attend the European premiere of the film The Lion King in London on July 14, 2019.

LOS ANGELES - The Duchess of Sussex, Meghan Markle, met Beyonce and husband Jay-Z at the royal premiere of The Lion King in London on Sunday.

Markle and husband Prince Harry spent time chatting with the singing star, who voices the lion Nala and sings in the new version of the Disney classic.

The royal couple also met with the film's music producer Pharrell Williams, and the writer of many of the film's original songs Sir Elton John.