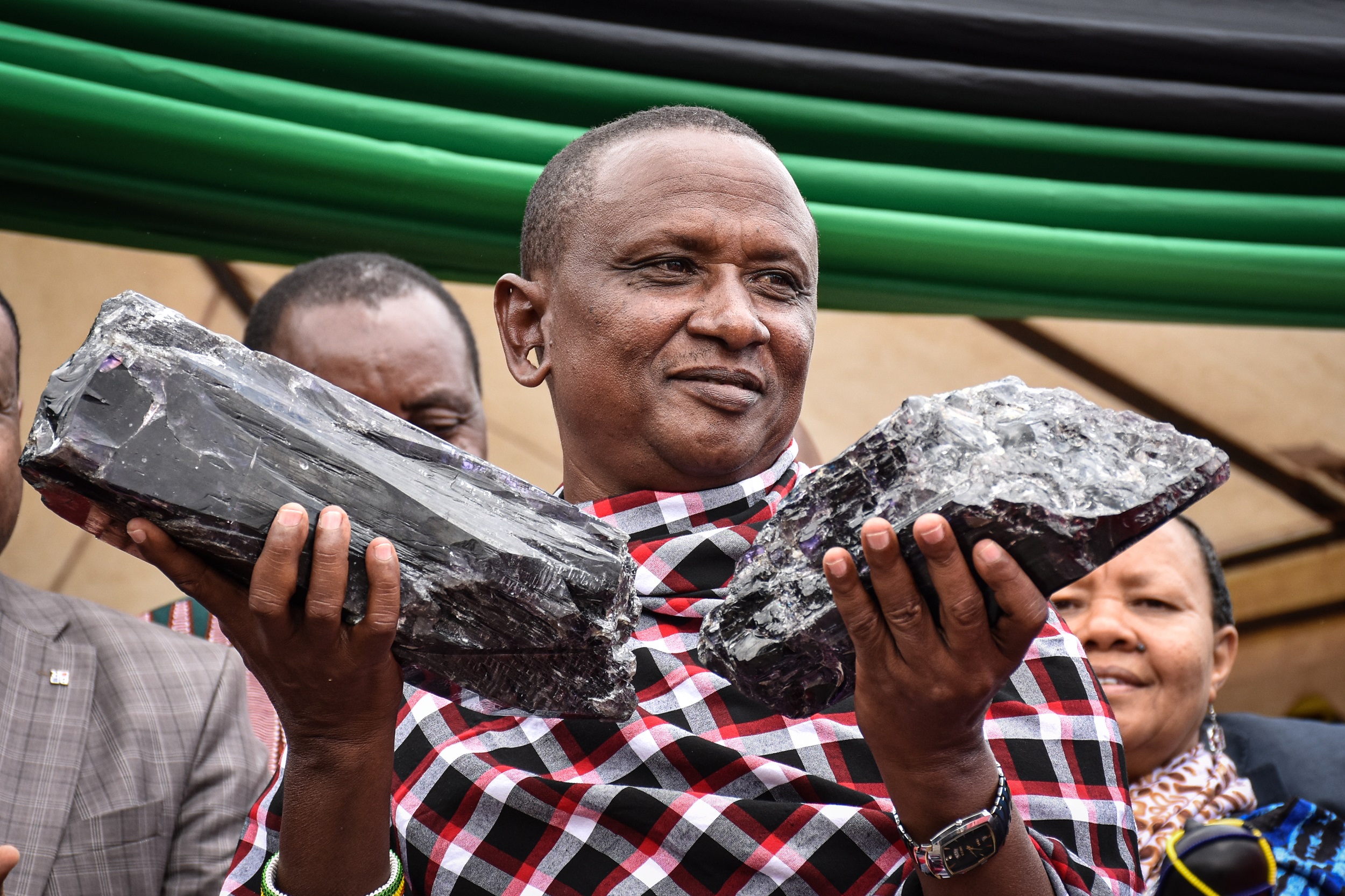 Saniniu Kuryan Laizer poses with two of the biggest of the country's precious gemstones, tanzanite.

DAR ES SALAAM - A Tanzanian small-scale miner has become a multi-millionaire after uncovering two of the biggest of the country's precious tanzanite stones ever found and selling them to the government.

Saniniu Kuryan Laizer found the stones weighing 9.27kg and 5.1kg respectively in the northern Mirerani hills, an area which President John Magufuli had fenced off in 2018 to stop the smuggling of the gem.

He sold them to the government for 7.7 billion Tanzanian shillings (nearly $3.3-million).

Laizer said he hoped to use the money to develop his community.

"I plan to build a mall in Arusha and a school near my home," he said.

"I thank God for this achievement because it's the first time to get this size. When I found these, I notified government officials who valuated the stones and today they called me for payment."

It appears the stones will not be destined for the market, as the government wrote on Twitter they would be placed in the national museum.

Tanzanite was first found in the foothills of Kilimanjaro in 1967, and the northern Tanzanian region of Manyara is the only known place where the stones, coveted by jewellers by their remarkable violet-blue sparkle, are found.