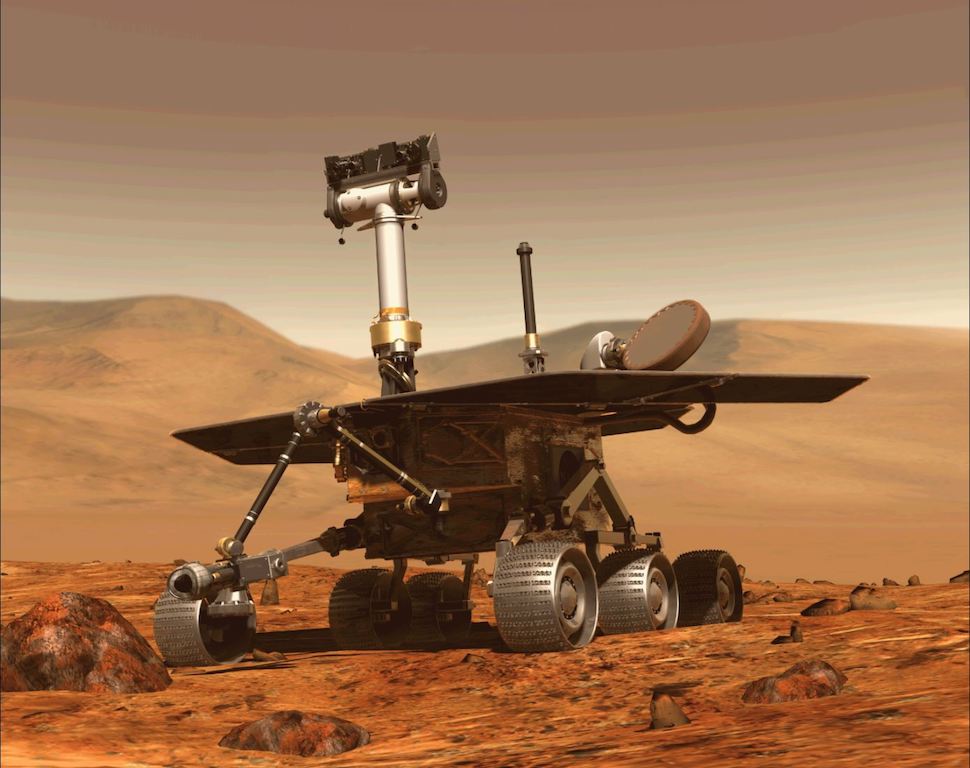 This computer-generated image shows the Opportunity rover of NASA part of the Mars planet exploration programme.

WASHINGTON - During 14 years of intrepid exploration across Mars, it advanced human knowledge by confirming that water once flowed on the red planet -- but NASA's Opportunity rover has analyzed its last soil sample.

The robot has been missing since the US space agency lost contact during a dust storm in June last year and was declared officially dead Wednesday, ending one of the most fruitful missions in the history of space exploration.

Unable to recharge its batteries, Opportunity left hundreds of messages from Earth unanswered over the months, and NASA said it made its last attempt at contact Tuesday evening.

The community of researchers and engineers involved in the programme were in mourning over the passing of the rover, known affectionately as Oppy.

"It is a hard day," said John Callas, manager of the Mars Exploration Rover project.

"Even though it is a machine and we're saying goodbye, it's very hard and it's very poignant."

"Don't be sad it's over, be proud it taught us so much," former president Barack Obama tweeted later on Thursday.

"Congrats to all the men and women of @NASA on a @MarsRovers mission that beat all expectations inspired a new generation of Americans, and demands we keep investing in science that pushes the boundaries of human knowledge."

The nostalgia extended across the generations of scientists who have handled the plucky little adventurer.

"Godspeed, Opportunity," tweeted Keri Bean, who had the "privilege" of sending the final message to the robot.

"Hail to the Queen of Mars," added Mike Seibert, Opportunity's former flight director and rover driver in another tweet, while Frank Hartman, who piloted Oppy, told AFP he felt "greatly honoured to have been a small part of it."

"Engulfed by a giant planet-encircling dust storm: Is there a more fitting end for a mission as perfect and courageous from start to finish as Opportunity?" he said.

The programme has had an extraordinary record of success: 45.2 kilometres traversed, more than the Soviet Union's Lunokhod 2 moon rover during the 1970s and more than the rover that US astronauts took to the moon on the Apollo 17 mission in 1972.

"It is because of trailblazing missions such as Opportunity that there will come a day when our brave astronauts walk on the surface of Mars," NASA Administrator Jim Bridenstine said in a statement.

Opportunity sent back 217,594 images from Mars, all of which were made available on the internet.