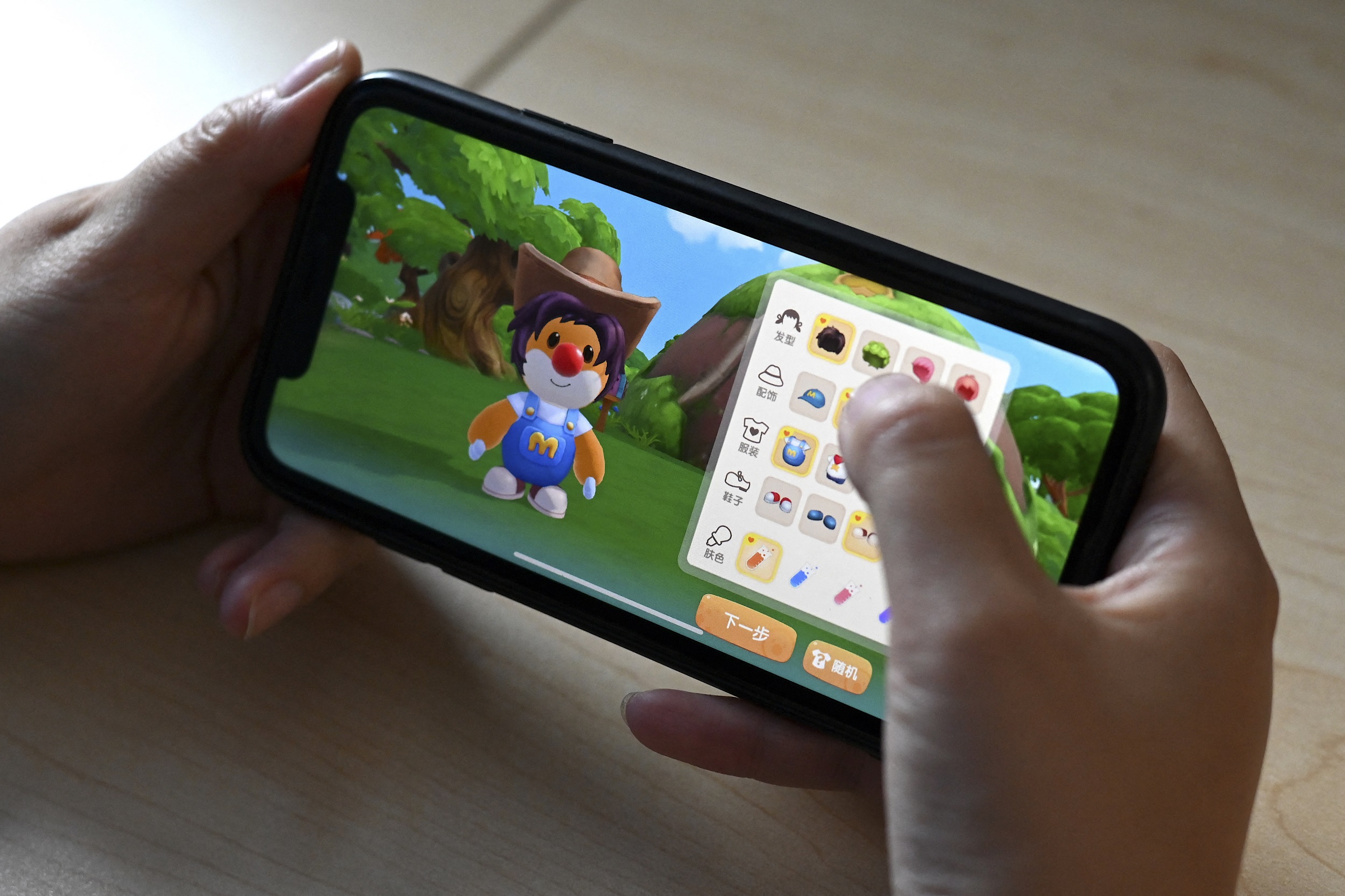 File: A user playing the "Mole's World" game on a smart phone in Beijing. AFP/Noel Celis

BEIJING - A re-issue of one of Asia's most beloved video games is taking the Chinese internet by storm 13 years after its original release, fuelling a wave of nostalgia among the country's young adults.

The mobile version of "Mole's World" has shot to the top of the free downloads on Apple's app store and has also been downloaded millions of times on Android phones, boosting the share price of its maker by 25 percent in the week it was released.

First available for PCs in 2008, the farming simulation game features a round-faced creature with a clown nose who captured the attention of a generation of gamers a decade ago.

Players who once burrowed into Mole's World as children are now adults who are showing their virtual farms to co-workers during office lunch breaks.

"I play it out of nostalgia for who I was when I played it back then," Zhao Yiping, a 24-year-old postgraduate student and long-time Mole fan, told AFP.

It is part of a wave of companies using nostalgia to sell products to young Chinese wanting an escape from the stress and uncertainty of adulthood.

Several 1990s-themed restaurants have sprung up in major cities and fresh interpretations of old-fashioned children's snacks such as White Rabbit and Want-Want have been released.

Videos of players showing off their proud achievements in Mole's World have received tens of thousands of views on Bilibili, China's equivalent of YouTube.

"People born after the 90s are now the ones holding up society and face a lot of daily pressure studying or at work," she said.