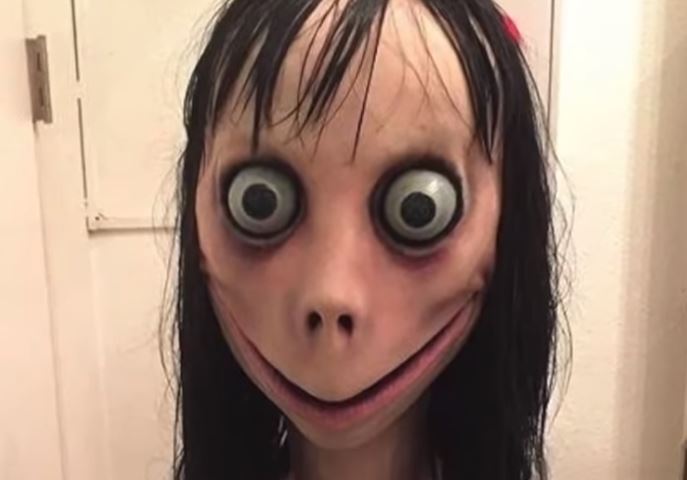 The "Momo Challenge" targets children and adolescents through social media and cell phones.

TOKYO - The Japanese artist behind the images that sparked the recent viral "momo challenge" hoax told AFP on Monday he destroyed the creepy doll long ago and never meant to harm anyone.

The scary image with goggly eyes and a pained expression was based on a Japanese ghost called "ubume" -- of a woman who dies during childbirth, explained Keisuke Aiso, head of Tokyo-based firm LINK FACTORY, which makes props for TV dramas.

The silicon-based sculpture, which stands about one metre high, was first shown at a ghost-themed exhibition in Tokyo's swanky Ginza district in 2016 but attracted little attention at the time.

It was one of many ghost-themed sculptures in Aiso's repertoire and the artist said: "It was meant to scare people, yes, but it wasn't meant to harm anyone."

Aiso destroyed the sculpture last year because it began to deteriorate.

"That was nothing to do with the recent case," he stressed.

The terrifying image has been at the centre of a viral hoax, as reports surfaced that children were being induced by "momo" into dangerous tasks and even self-harm and suicide.

However, there is no evidence this is true and the myth seems to have been propagated mainly by concerned parents via social media.

Aiso appeared bemused by the reports and told AFP: "I'd be happy if such a challenge never existed."