Montblanc to sell $4,400 pen made of Japan 'miracle pine' 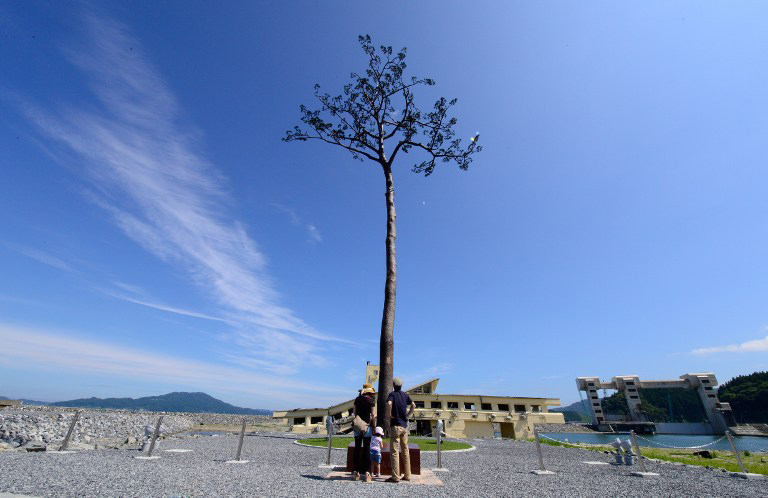 TOKYO – Luxury marque Montblanc is to sell fountain pens made from a "miracle pine" tree that survived the 2011 tsunami, for a hefty $4,400 (R50,360), an official said, with just 20 percent of takings donated to local people.

The news comes as Japan readies to mark the fourth anniversary of a disaster that claimed more than 19,000 lives and made tens of thousands of people homeless as it wreaked untold economic damage.

It also sparked the world&39;s worst atomic accident in a generation, forcing tens of thousands of people from their homes, many of whom remain displaced, often in poorly-insulated temporary housing.

The Swiss pen and watch maker has used wood from the only tree left standing when a forest of 70,000 was flattened in Rikuzentakata, on Japan&39;s stricken northeastern coast.

The so-called "miracle pine" was later found to be dying because its roots had been exposed to salt water and underwent 150-million yen (R17,2m) of reinforcement to prop it up, to become a must-see spot for visitors to the area.

When the city cut down the tree, mayor Futoshi Toba asked the Japanese unit of the Swiss company to use salvaged wood to make pens to ensure the "disaster remains in people&39;s minds", a city official said.

Montblanc has made 113 pens – the figure reflects the March 11 date of the disaster – which will go on sale on the fourth anniversary for 520,000 yen (R50,360) each, the official said, with 20 percent of takings being given to the city.

"The pine was the only thing that gave us hope in the despair of the disaster," Toba told a press conference on Wednesday.

"With Montblanc&39;s help, I hope the world will think about the disaster."

A spokesman for Montblanc in Japan said the 20 percent donation rate was based on precedent in previous charity pens.

He said the high cost of each pen – around $4,000 before tax – reflected the scarcity of the raw material which is "not ideal for making fountain pens".

The spokesman declined to reveal how much the pens cost to make, or how much profit the company would earn on each sale.