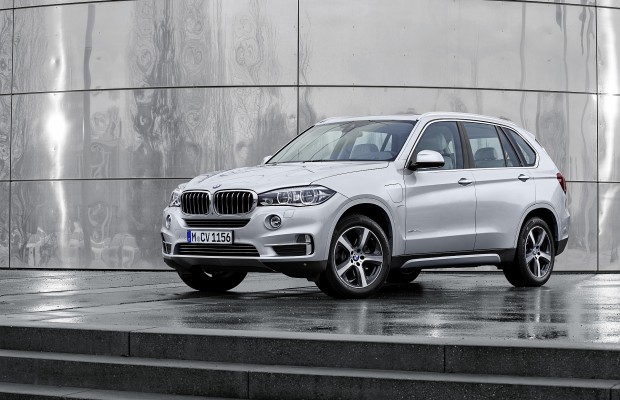 Based on the 2.0-litre turbo petrol engine with a lithium-ion battery pack and an electric motor, the X5 xDrive40e is said to be extremely frugal.

BMW claims it will return around 3.4 litres per 100km in fuel consumption, reflecting 78 g/km in C02 emissions. For a car of its nature and size, this looks very enticing indeed.

The xDrive all-wheel-drive system is mated to an 8-speed Steptronic gearbox. A 0 – 100km/h sprint time of 6.8 seconds is claimed.

Full electric power will give you a range of about 31km, and a 120km/h speed limit, which means there is barely a possibility of travelling between Johannesburg and Pretoria just on this mode alone. However, one could conceivably do local rounds like grocery shopping at the nearest mall or go to the carwash or shisa nyama without using petrol whatsoever.

This being a plug-in hybrid means the batteries can be recharged. In this case there is a cable which can be connected to any standard domestic power socket. Alternatively those who drive an i8 or i3 can use the BMW i Wallbox to recharge.

One of the cool bits about X5 xDrive40e is that its battery system can be monitored through a BMW remote app for smart phones, through which one can locate public charging stations for example, or activate the auxiliary heating and ventilation functions remotely.