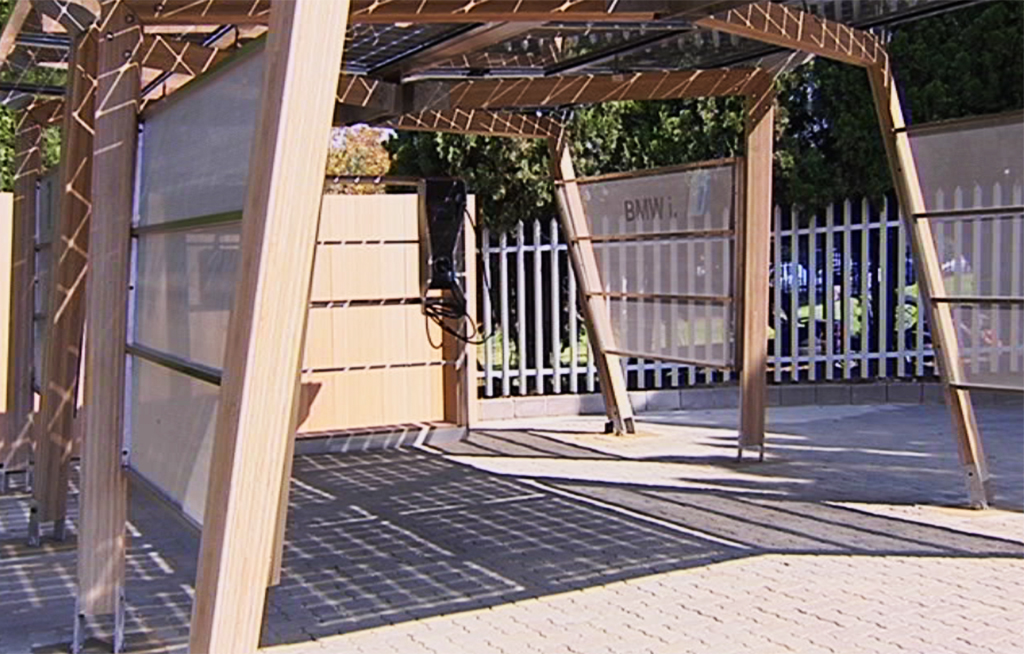 It is all about harnessing the sun&39;s energy.

A live readout shows how much power is being generated to charge the electric car.

“I think the solar revolution has started. We already see with a major supermarket Pick and Pay they want to put charging infrastructure into every single site around the country,” said BMW SA Managing Director Tim Abbott.

“It will only be a question of time before they look at solar power as well. The payback on solar power has gone down from 12 years to 7 years. So I think it is inevitable that they will pick up this technology.

From July this year customers and fleet companies will be able to order the solar carport for home and office charging.

The carport is constructed largely of bamboo which BMW says is a particularly sustainable raw material.

Four pilot solar ports would be strategically located and established in Johannesburg, Cape Town and Durban.

The automaker says with the amount of sunshine that the country receives this energy source should be explored.

“The car and the carport represents green energy in a nutshell. It’s the opportunity for the full cycle of BMWI and PF to take the general energy from the sun and to power our vehicles,” said BMW Product Manager Alan Boyd.

It takes less than two hours to fully charge the car.

Once this is done the energy generated by the carport can also be used to charge electric home appliances.