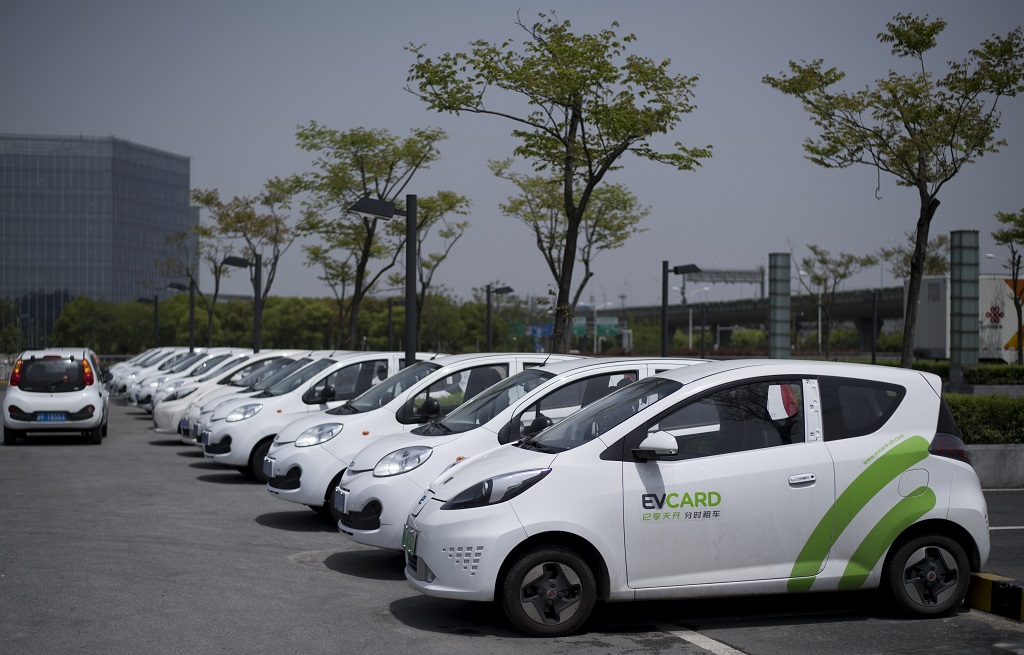 EV Card share cars parked at a station in Shanghai on 18 April 2017. EVCARD has compact electric vehicles sprinkled around the city that cost a fraction of taxi fare.

LONDON – The number of electric vehicles on roads worldwide rose to a record two million last year, but there is a long way to go to reach levels needed to help limit an increase in global temperatures, the International Energy Agency (IEA) said on Wednesday.

READ: Electric cars on the rise

"They have a long way to go before reaching numbers capable of making a significant contribution to greenhouse gas emission-reduction targets," the IEA said. "In order to limit temperature increases to below 2 degrees Celsius by the end of the century, the number of electric cars will need to reach 600 million by 2040," it added.

Research and development and mass-production improvements are resulting in lower battery costs and this trend should continue, which should narrow the cost competitiveness gap between electric vehicles and internal combustion engines.

There is a "good chance" the global electric car stock could reach carmaker estimates of between nine and 20 million by 2020 and between 40 and 70 million by 2025, the report said.

Last year, China overtook the United States as the country with the largest electric car stock, with around a third of the global total, the report said. Even though battery costs have fallen since 2009, they are still a major component of cost and drive up retail prices.

Therefore, financial incentives such as rebates, tax breaks or exemptions are important to support electric car deployment, but they might need to be phased out when electric car costs rival those of internal combustion engines, the report said.