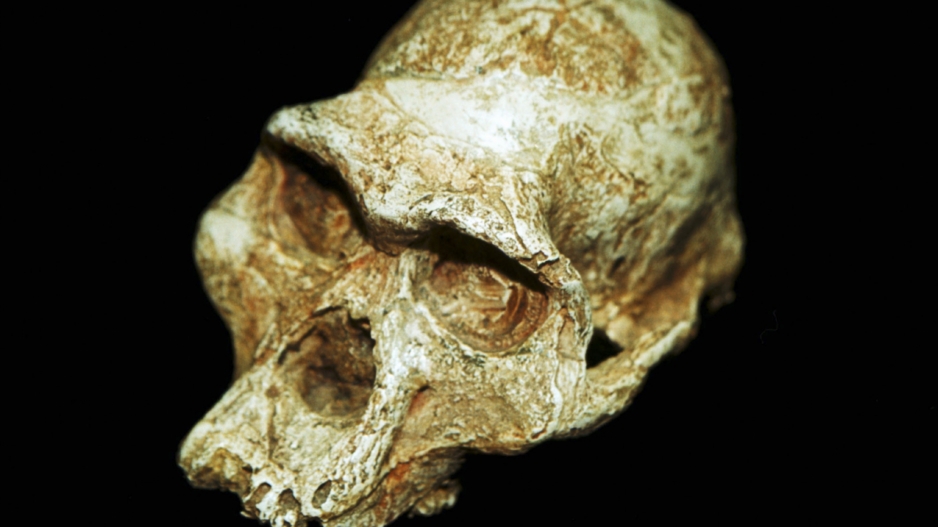 File: Not everyone has been convinced by Brooms insistence that Mrs Ples was a female of her species.

JOHANNESBURG - More than 70 years ago two palaeontologists named Robert Broom and John Robinson discovered a skull at the Sterkfontein Caves near Johannesburg. They nicknamed the skull, which is believed to be about 2.5 million years old, “Mrs Ples”.

Its scientific name is Australopithecus africanus, and it’s extremely significant because scientists believe it to be a distant relative of all humankind. The fossil represents part of the evidence demonstrating that Africa is the continent from which all humanity originated.

In the decades since then the skull’s sex has become the subject of some debate. Not everyone has been convinced by Broom’s insistence that “Mrs Ples” was a female of her species.

Our new research, just published in the South African Journal of Science, offers compelling proof that the naysayers were right. “Mrs” Ples was actually a “Mr”.

We discovered this by making a careful study of her tooth sockets. In many primates, males can be distinguished from females because of differences in the size of their canine teeth. Simply put, adult males have larger canines than females.

Mrs Ples’ teeth were not preserved. Her canine sockets were, and they were about the size one would expect for a female. But our study revealed that the sockets weren’t naturally that small: they’d become smaller because of acid used during work done on the skull about 60 years ago. The acid digested away parts of the skull bone around the tooth sockets.

These findings, which form part of an ongoing debate about the iconic skull’s sex, are further proof that science is a work in progress. Scientists don’t always agree, and they don’t always have the definitive answers. Sometimes it can take decades, or even centuries, to reach a resolution.

Soon after he and Robinson made their landmark discovery, Broom confidently claimed that Mrs Ples was female based on the size of her canine sockets. This was a visual deduction; at that time he did not have a substantial comparative sample for the species, so there was room for doubt.

Measurements of the canine socket were published in 1950 at a time when the fossils found at Sterkfontein were cleaned mechanically.

Initially, Broom used a hammer and chisel to remove the hard calcified sands that surrounded Mrs Ples in the caves. But later, in the 1960s, Robinson used acetic acid to remove further rock – and some fossils, Mrs Ples among them, were damaged in the process.

In 1983, Professor Yoel Rak from Tel Aviv challenged Broom’s opinion. He pointed out that there were prominent ridges on Mrs Ples’s snout, and argued that these were probably associated with the large roots of the canine teeth. Rak became the first to suggest that Mrs Ples ought to be called “Mr” instead.

This view was supported by subsequent research, which one of us – Francis Thackeray – was involved in.

Then opinions changed yet again. In 2012, Professor Fred Grine of the State University of New York re-examined the available evidence. He and his colleagues published an article in the Journal of Human Evolution which insisted Mrs Ples was “an adult female”. The assertion was based in part on the apparently small size of the canine tooth sockets.

A rebuttal and new measurements

The research we’ve just published is a rebuttal to Grine and his colleagues’ arguments. The heart of the issue is that they omitted to present all of the data that Broom had obtained about Mrs Ples before the teeth sockets were damaged by acid.

We compared Broom’s measurements of Mrs Ples against those obtained for about 12 other specimens of Australopithecus africanus from Sterkfontein. These including specimens that have previously been clearly identified as males or females.

Using the measurements of canine sockets from all of these specimens, we were able to show that Mrs – or rather, Mr – Ples should clearly be grouped with small males rather than with large females.

Of course, science being what it is, the debate is probably not over. We are continuing our research on “Mr Ples”, using state of the art CT scans to test our view that the skull is male. For now, and based on our careful comparative study, it seems that the human ancestor who roamed the Sterkfontein Caves so many millions of years ago and whose skull has become a scientific treasure was a male, not a female.

In the final analysis, whether Ples is a Mr or a Mrs doesn’t detract from the significance of what the skull tells us about our human ancestry.