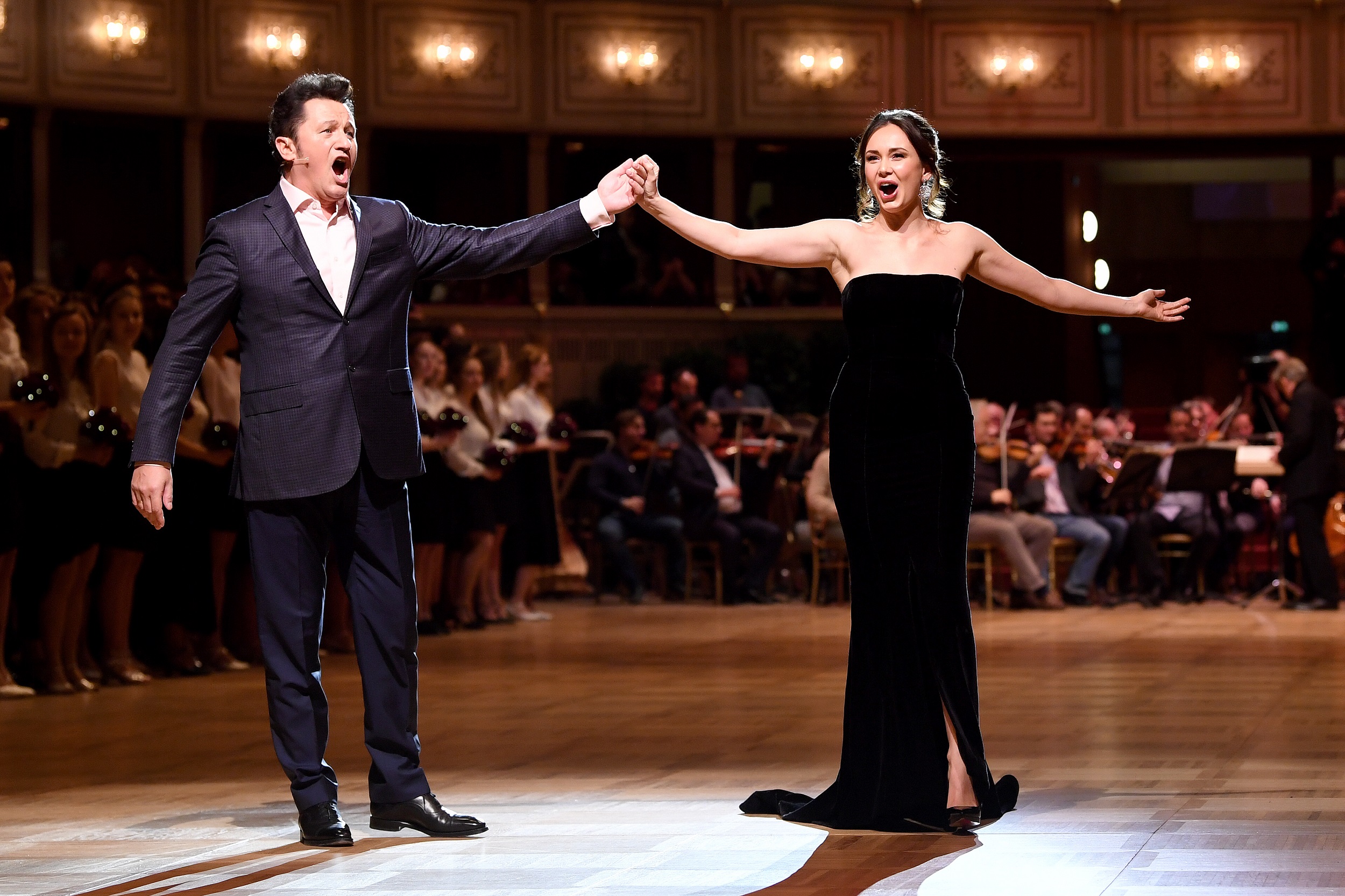 Opera Singers Piotr Beczala (L) and Aida Garifullina perform during a rehearsal on the eve of the 2020 Opera Ball.

VIENNA - Austria had hoped the year 2020 would be dedicated to celebrating the 250th anniversary of the birth of composer Ludwig van Beethoven, who died in Vienna in 1827.

But confronted with the coronavirus pandemic, one of the world's music capitals has been silenced, leaving an entire sector fearing for its future.

Although Austria started easing strict confinement measures with shops opening again, resuming cultural life, for now, is still out of the question.

"Now the place is silent, and it is emotionally very trying."

Normally not a day goes by in Vienna when there isn't an orchestra performance to listen to or an operetta to admire or a festival to attend.

But it all came to an abrupt halt a month ago, with concert halls among the first to shut their doors when the government banned large gatherings to fight the spread of the new coronavirus.

Usually "Vienna offers a cultural programme comparable to that of a metropolis of five million inhabitants though only 1.8 million live in the city," tourist office director Norbert Kettner says.

"This is what attracts three-quarters of the eight million annual visitors," he adds.

Three operas, two concert halls: usually some 10,000 people crowd these temples of music each evening. And people have to wait as many as 14 years before hoping to get a subscription to the Vienna Philharmonic Orchestra.

For the city of carefree waltzes composed by musicians like Johann Strauss, the cultural machine's halt spells the worst financial disaster since the end of World War II.

"It is a vital economic lung that fills six or seven nearby hotels and a lot of restaurants after performances."