Nailed it: Sanders teams with Cardi B to push US youth vote 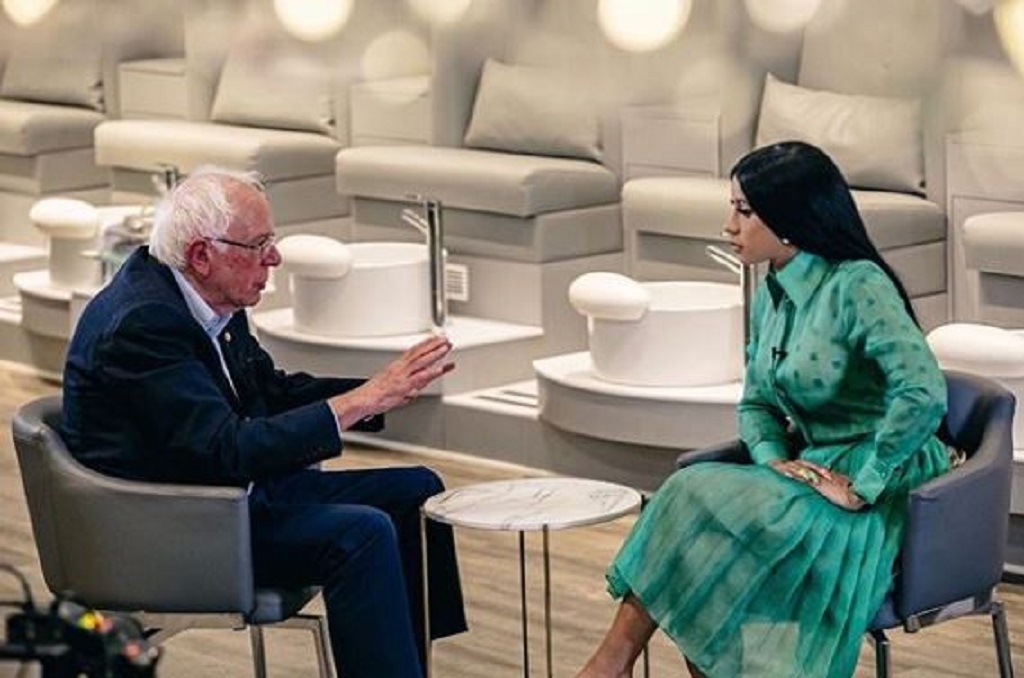 US presidential hopeful Bernie Sanders teamed up with rapper Cardi B to encourage young voters to turn out for the 2020 election.

WASHINGTON - US presidential hopeful Bernie Sanders teamed up with rapper Cardi B Monday to encourage young voters to turn out for the 2020 election.

The unlikely duo met at a nail salon in Detroit to film a campaign video aimed at younger voters - a fitting spot for Cardi B, who is known for her elaborate manicures in addition to chart-topping hits.

"We (are) working on a way to involve more young people in the political process," Sanders, 77, told CNN before filming began.

"They are voting in large numbers, but not enough numbers."

Democratic polling shows Sanders is the number two candidate in a crowded field seeking the party's nomination to defeat Donald Trump, although Sanders has about half the support of the leader Joe Biden.

After the shoot, Cardi B posted a picture on Instagram of her interviewing the Vermont senator in the salon.

"Thank you Senator Bernie Sanders for sitting with me and sharing your plans on how you will change this country," the Grammy-winning artist captioned the image.

She added she had asked her followers to suggest questions for the left-wing Sanders and advised them to "stay tuned to see how he will fight for economic, racial and social justice for all."

According to Sanders, he and the 26-year-old rap superstar discussed a range of issues, including raising the minimum wage, canceling student debt, and climate change.

This is not Cardi B's first foray into the political arena. Earlier this month she was vocal in her support for Sanders, tweeting, "We let him down in 2016," when he lost to Hillary Clinton.

In January, Cardi B, born Belcalis Almanzar, posted a profanity-laced video on Instagram blasting Trump and the US government shutdown.

Not me, US. Thank you Senator Bernie Sanders for sitting with me and sharing your plans on how you will change this country. A couple of weeks ago I asked my followers if you had the opportunity to have a question answered by a democratic candidate what would it be ? I got a lot of submission and selected the most popular questions to get answered. Stay tuned to see how he will fight for economic, racial, and social justice for all. Together, let’s build a movement of young people to transform this country.LETS LEARN OUR CANDIDATES!