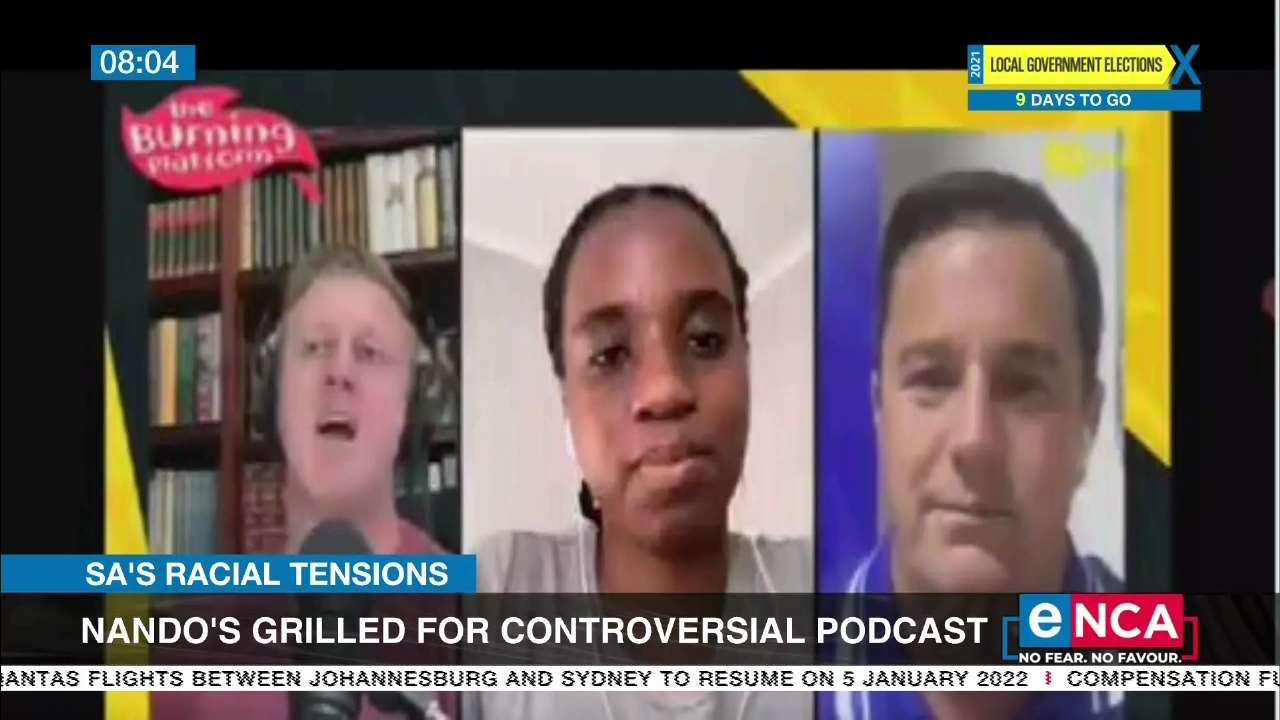 Nando's is getting grilled on social media. That's after the chicken franchise sponsored a controversial discussion about the elections, called The Burning Platform. (eNCA\Screenshot)

JOHANNESBURG - Nando's has announced it will be terminating its sponsorship of Gareth Cliff's show the The Burning Platform.

This in response to continuing backlash on social media to Cliff's recent podcast.

His guests are DA leader John Steenhuisen and One SA Movement's Mudzuli Rakhivhane.

Cliff refers to Rakhivhane's experiences of racism as "anecdotal and completely unimportant".

He quotes an Institute for Race Relations report that says racism is at the bottom of its list of priorities and concerns.

Some Twitter users are expressing their fury at Cliff, Steenhuisen and Nando's and are promising to boycott the chicken brand.

Nando's says it is canceling its sponsorship with immediate effect.