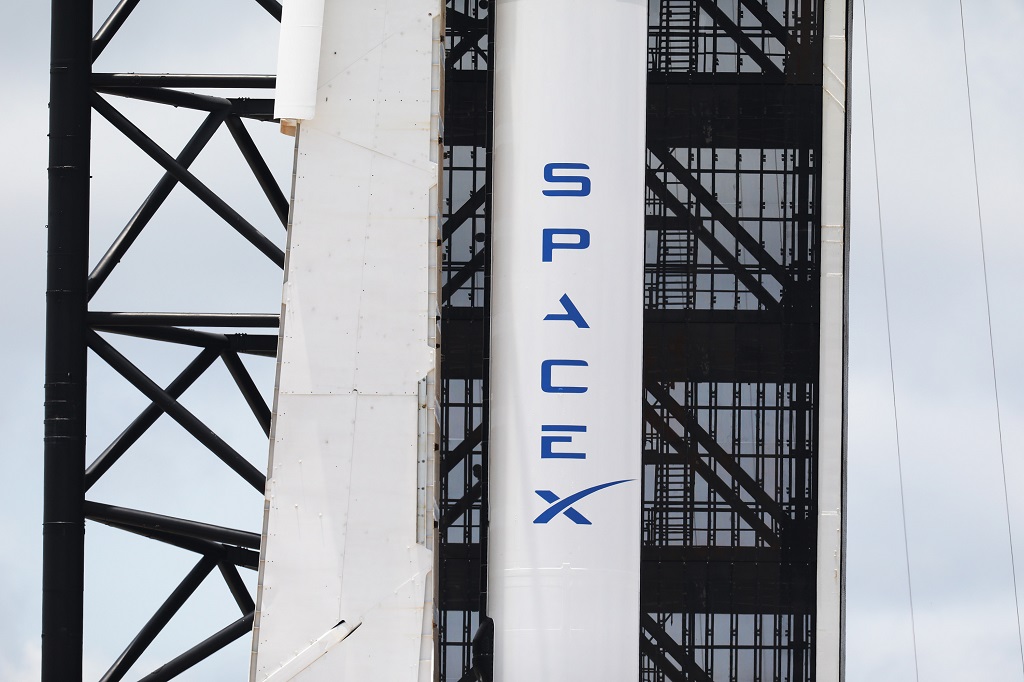 Part of the SpaceX Falcon 9 rocket with the Crew Dragon spacecraft attached is seen on launch pad 39A at the Kennedy Space Center on May 29, 2020 in Cape Canaveral, Florida.

WASHINGTON - The two NASA astronauts who rode to the International Space Station aboard SpaceX's new Crew Drago are due to return on Sunday after a nearly four-month voyage that marked NASA's first crewed mission from home soil in nine years.

US astronauts Bob Behnken and Doug Hurley, who launched to the space station in May, are expected to board Crew Dragon around 5:30 p.m. ET and splash down at one of seven landing sites in the Gulf of Mexico or Atlantic Ocean at about 2:48 p.m. ET on Sunday.

NASA and SpaceX are monitoring the path of Hurricane Isaias, a category 1 cyclone approaching Florida's east coast that could force officials to postpone the homecoming into next week. "We have plenty of opportunities here in August and we're in no hurry to come home," NASA's commercial crew manager Steve Stich said, adding the next return opportunity opens on Monday should Isaias force a delay.

Stich said Crew Dragon, an acorn-shaped pod that can seat up to seven astronauts, has been in a "very healthy" condition since docking on May 31 to the space station, where astronauts have been conducting tests and monitoring how the spacecraft performs over time in space.

Upon a successful splashdown, the spacecraft will have completed its final key test to prove it can transport astronauts to and from space — a task SpaceX has accomplished dozens of times with its cargo-only capsule but never before with humans aboard.

"The water landing portion of it is pretty challenging from a physiological standpoint, just after coming back from being in microgravity," Hurley, a veteran of two shuttle missions, told reporters in a phone briefing on Friday.

Billionaire entrepreneur Elon Musk's SpaceX became the first private company to send humans to orbit in May with the launch of Behnken and Hurley, who will have spent more than two months on the space station upon returning.

The mission marked the first time NASA launched humans from US soil since its shuttle program retired in 2011. Since then the United States has relied on Russia's space program to launch its astronauts to the space station.

Hoping to galvanize a commercial space marketplace, NASA awarded nearly $8 billion to SpaceX and Boeing Co collectively in 2014 to develop dueling space capsules, experimenting with a contract model that allows the space agency to buy astronaut seats from the two companies.