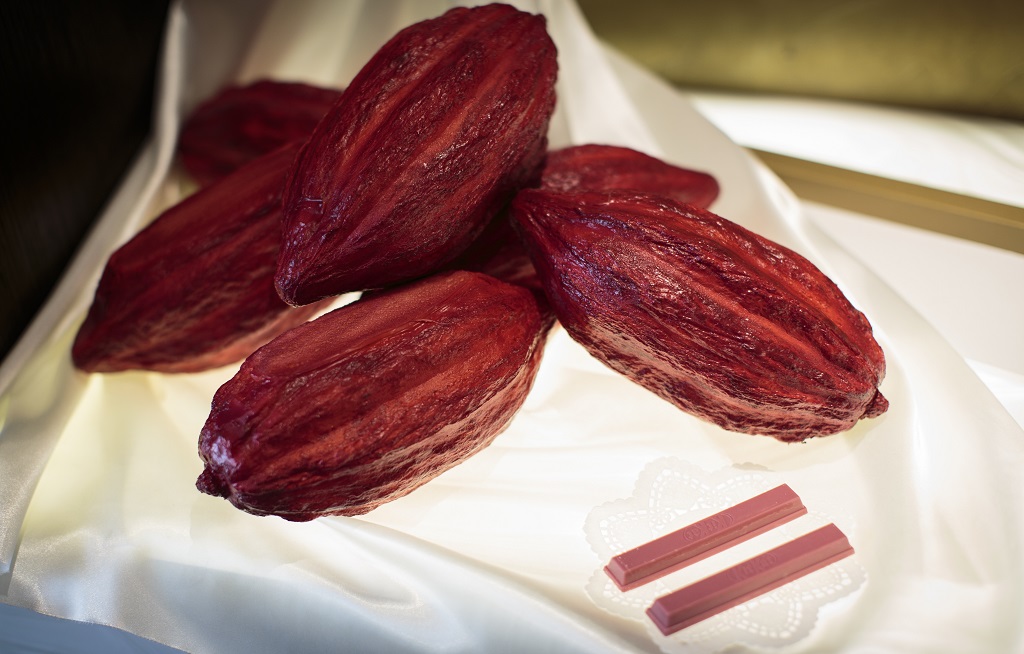 This picture taken on February 7, 2018 shows sublime ruby KitKat bars, made of pink ruby chocolate, next to mock cocoa beans at a KitKat chocolatory shop in Tokyo.

ZURICH – Nestle will launch a ruby chocolate version of its KitKat brand in Europe next week after it made its debut this year in Japan and South Korea, the Swiss food group said on Tuesday.

The move is part of a wider effort by Nestle, the world&39;s largest packaged food company, to push its confectionery creations upmarket with special innovations.

The four finger KitKat made with ruby chocolate will be available exclusively at Tesco stores in Britain from April 16 for 85 pence (1.20 dollars ) a pack, Nestle said.

Following the UK launch, the product will be introduced to consumers across Europe and the Americas,it said.

Germany will be the next European market to get the product in early May, a spokeswoman said. She gave no other details on the rollout timetable.

This move is creating a fourth kind of chocolate in addition to dark, milk and white.

After more than 10 years of development, it is the first new kind of chocolate in decades.

Ruby chocolate is made from the ruby cocoa bean. No berries, berry flavor or color are added.

Chocolate companies, under pressure by consumers increasing health consciousness, are looking for ways to make their products more interesting.

Alexander von Maillot, Nestle’s global head of confectionery, said the company was very pleased with the ruby products launch in Japan and Korea.

The products were sold out in our KitKat Chocolatory stores within 30 minutes every day for the first week after it was launched in January.

To date, many consumers are also still visiting our stores to taste and purchase the new product, he said.