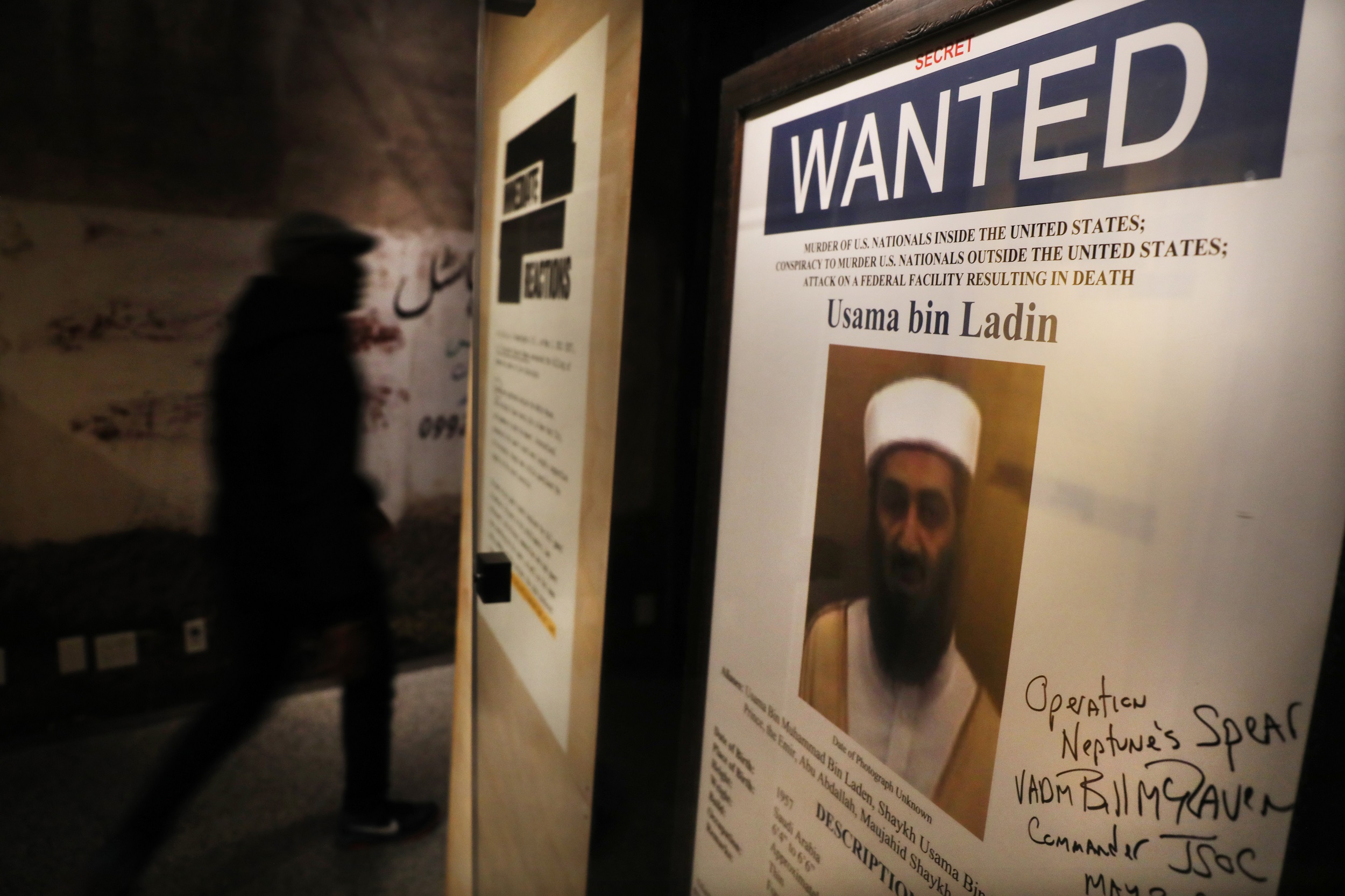 A poster and picture used to identify Osama Bin Laden is displayed at the new exhibition Revealed: The Hunt for Bin Laden at the 9/11 Memorial Museum in New York City.

NEW YORK - With a model of the Pakistani villa where he lived and a video of Barack Obama explaining his hesitancy about approving the raid, a new exhibition details the operation that killed 9/11 mastermind Osama bin Laden.

Revealed: The Hunt for Bin Laden, which opened on Friday at the 11 September 2001 attacks museum in New York, plots the ten-year search for the brains behind the single deadliest attack ever on the United States.

"It's like being in the front row of history," Alice Greenwald, president and chief executive of 9/11 Memorial Museum, told AFP.

"We get an insider's view into ... how the raid was actually conducted from the people that were there," she added.

READ: Documents from Bin Laden raid read out at US trial

The exhibition, which will run until May 2021, contains no shattering revelations, such as possible collaboration between American and Pakistani spies.

But using around 60 objects, including some seized in the villa, and dozens of photos and videos, visitors can see the work of the intelligence services as they try to find the Al-Qaeda leader.

The exhibition focuses on the "human" story of the operation through multiple interviews: from senior officials who validated the assault to Navy Seal commandos who invaded the villa.

Anonymous agents explain how they understood that to find bin Laden they had to follow people who were likely to help him.

"I think it is a reminder of how decisions that are so momentous actually get made," she added, referring to dilemmas about whether to attack the residence when it puts lives at risk.

After 9/11, rivalries between the various branches of the US intelligence services were blamed for not sharing information that might have thwarted the attacks.

The exhibition celebrates their renewed unity, tenacity and courage.