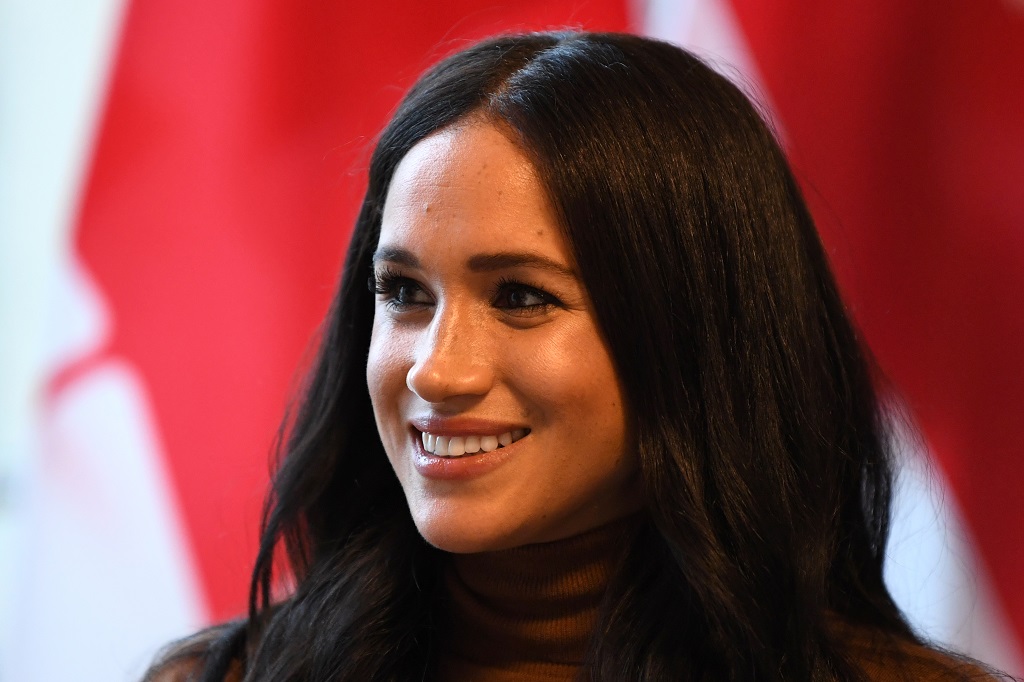 Britain's Meghan, Duchess of Sussex reacts during her visit to Canada House in thanks for the warm Canadian hospitality and support they received during their recent stay in Canada, in London on January 7, 2020.

LONDON - Lawyers for a British newspaper group that Meghan Markle is suing for publishing a private letter to her estranged father called on Wednesday for a full trial to "shed light" on the case.

The Duchess of Sussex launched legal action against Associated Newspapers, which publishes the Mail on Sunday and MailOnline website, for printing extracts of the letter to Thomas Markle.

The letter was written in August 2018, a few months after Meghan Markle married Prince Harry, and asked her father to stop talking to tabloids and making false claims about her in interviews.

Her legal team are seeking damages and argue there is no need for a full trial, as it was a clear breach of her privacy and copyright.

Should the judge agree, it would avoid a potential showdown between father and daughter at the High Court in London.

A lawyer representing Associated Newspapers, Antony White, told judge Mark Warby that the case "cries out for investigation" and was "wholly unsuitable for summary judgement".

White said a letter from lawyers representing four former employees of the Duke and Duchess of Sussex said that "further oral evidence and documentary evidence is likely to be available at trial, which would shed light on certain key factual issues in the case".

The letter from lawyers representing the four, who worked in communications and as a private secretary for the Sussexes, says that "one or more of our clients would be in a position to shed some light" on the "creation of the letter and the electronic draft".

White argued that the Duchess wanted the contents of her letter to be made public, saying she had discussed it with the Kensington Palace communications team and passed information on it through friends to authors of a book about her and Prince Harry.

He said Markle "knowingly caused information about her personal relationship and communications with her father including the existence of the letter and a description of its contents to enter the public domain".

He said this suggested she was planning to use it as part of a "media strategy".

The judge, who was expected to give his ruling at a later date, said the case concerned a "difficult area" but questioned White's argument that Markle had forfeited the right to privacy.

"It would be unfair to deprive or find against a person on an issue about privacy simply because they have disclosed something about their private life in an attempt to deal with unfair or unwarranted disclosures by others," he told the court.

Meghan's lawyers have denied she intended the letter to be made public at some point, or that she collaborated with the authors of the biography, which also contained partial extracts of the letter.

Harry -- grandson of Queen Elizabeth II and son of heir to the throne Prince Charles and the late Diana, princess of Wales -- has separately brought cases against two other British tabloid publishers for alleged phone hacking.

The couple now live with their young son Archie in the United States and have set up a charitable foundation.