The next generation: mice can reproduce after space stints, study finds 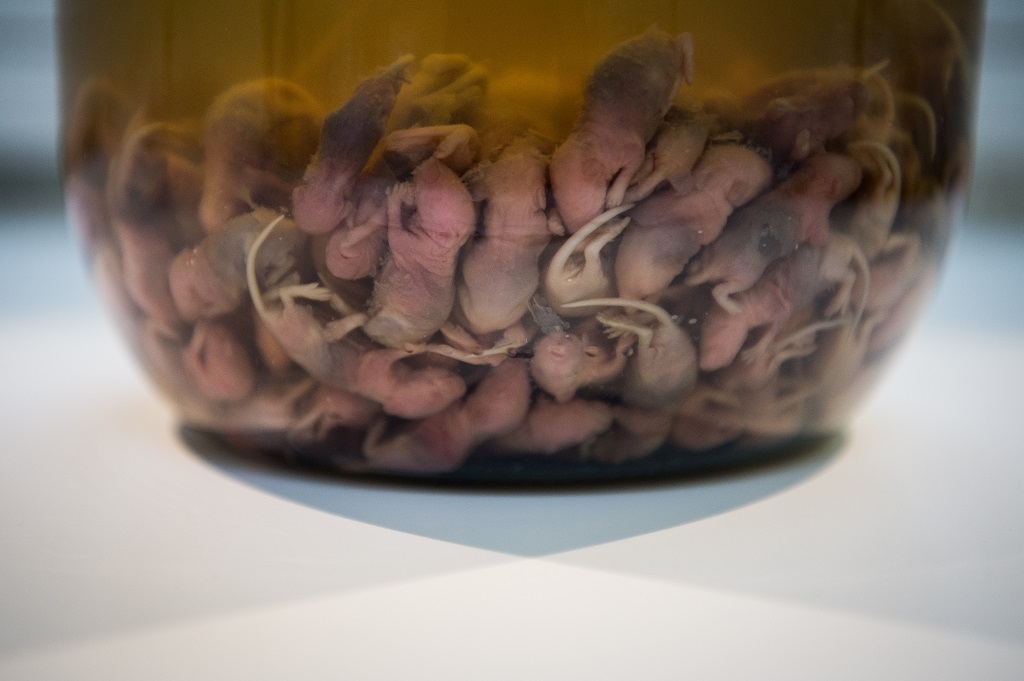 File: Baby mice brewed with rice wine in China at the Disgusting Food Museum exhibition displaying 80 of the world's most disgusting foods in Nantes.

TOKYO - Male mice that spent more than a month in space were able to successfully reproduce back on Earth, a study has found, the first evidence of how space travel affects reproduction in mammals.

There have been some signs that spending time in space could negatively affect sperm, including radiation damage seen in freeze-dried mouse sperm that spent nine months in outer space, and decreased sperm counts in rats that spent 13 days in orbit.

Some of the mice experienced the weightlessness of microgravity, while others were in cages designed to offer artificial gravity.

Upon their return to Earth, the researchers used sperm from the mice to fertilise eggs from female mice who had not experienced space travel, and found the astronaut rodents produced healthy offspring.

The team, led by Masahito Ikawa, a professor at Osaka University, also examined the reproductive organs of the space-travelling mice and checked their offspring for any signs that their parentage had negative effects.

"We conclude that short-term stays in outer space do not cause overt defects in the physiological function of male reproductive organs, sperm function, and offspring viability," says the study published on Tuesday in the journal Scientific Reports.

READ: Mouse study shows how alcohol may cause cancer

Medical research has already shown that space travel has a variety of negative health effects, including deterioration of muscle and bone mass, as well as cell mutations caused by radiation exposure.

And previous studies have looked at the effects of space travel on the reproductive systems of species including sea urchins and birds.

But the new study is the first to examine the effects of space travel at the molecular level.

The research is only a first foray however, and does not necessarily indicate how the reproductive systems of human -- or indeed female mice -- are affected by space travel.

The researchers said they would like to examine aspects including how space travel affects male reproductive hormone levels and genetic expression in reproductive organs.

"The era where people can easily go into space is coming," the study says.

"Studies of the effects of space environment on the reproductive system are necessary to prevent undesirable effects in the next generation."