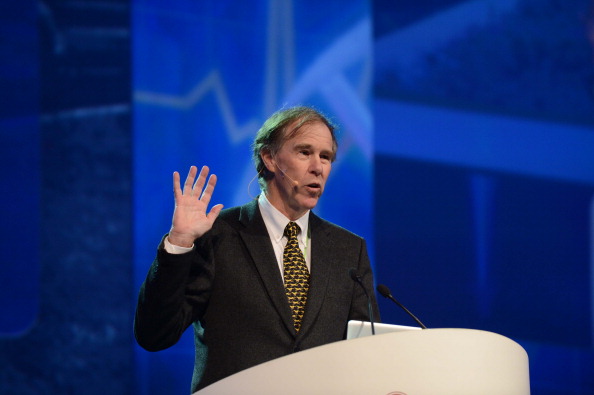 Professor Tim Noakes has changed the status of dairy products from "all-you-can-eat" to eat "with caution" after dieters complained that they weren't losing weight quickly enough.

JOHANNESBURG – Professor Tim Noakes, proponent of the low-carbohydrate, high-fat (LCHF) Banting diet, has been ordered to appear before the Health Professions Council on June 4 and 5.

This after the Association for Dietetics in South Africa reported Noakes to the council over controversial advice to a mother on social media.

Noakes, whose best-selling book The Real Meal Revolution is based on the Banting diet, reportedly advised a breastfeeding mother to wean her baby from breast milk onto the Banting diet.

People following the controversial Banting diet are advised to cut all grains and sugar from their diets, but they are allowed as much fat, butter and cream as they want.

Claire Julsing-Strydom, the president of the dietetics association, says: "Infants aren&39;t supposed to have such a high intake of protein for example. There&39;s lots of studies that show even in infant formulas they had to reduce the amount of protein because it actually impacts on obesity later on in life. A baby&39;s little kidneys wouldn&39;t manage."

Dr Tony Dalby, a world-renowned cardiologist and a fierce critic of the diet, agrees: "Patients who follow this diet generally show an increase in cholesterol. Some show a very big rise in cholesterol."

Dalby says many studies have linked high cholesterol with heart disease – which is already a big problem in South Africa.

Dalby and Julsing-Strydom have already seen the negative consequences of "Banting".

Referring to one particular patient, Dalby said: "He&39;s been on this diet for two years and now has a cholesterol of 11 – and a bad cholesterol of 8."

Julsing-Strydom is similarly concerned, when referencing a patient of her own.

"She&39;s been following this diet and she had to stop because she was really not feeling well. Her kidneys started failing."

While weight loss is possible due to dieters cutting out sugar and carbohydrates, a common belief is that the high fat intake, proteins and too little fibre can create health problems.

Dalby says he does not know of a single cardiologist who backs the diet.

Dalby and Julsing-Strydom say that there is not enough research around the Banting diet and its consequences but research suggests that diets high in saturated fats and low in fibre increase the risks of colon cancer, heart disease and kidney complications.

Noakes, however, told Health 24 that he had advised the mother on Twitter that she should wean her child onto LCHF foods, which he described as "real".

"By implication I was saying that the child should not be weaned onto the traditional high sugar, high carbohydrate processed cereals," he told the health site.

Noakes said the high-carbohydrate, processed foods diet became the norm in the US after 1936, through the Gerber baby foods company, which is now a subsidiary of the Nestl Group,

"The aim of The Real Meal Revolution is to encourage the public to understand that they will be healthier (by) eating real foods not fake industrial processed foods. And this needs to begin from birth," said Noakes.

He said when he appears before the council, they will decide whether or not he is guilty of “disgraceful conduct on social media”.

"I think it could be a turning point in the debate about what our infants, and in turn adults, should be eating," he said.

END_OF_DOCUMENT_TOKEN_TO_BE_REPLACED

WATCH: Motorists taking chances with the law during lockdown 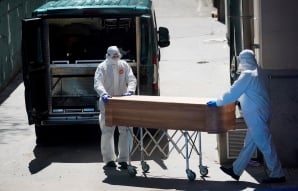 More than 60,000 deaths worldwide from coronavirus