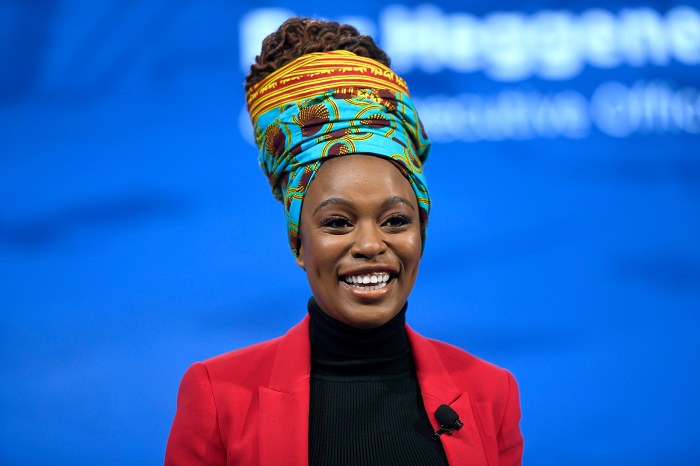 The photo was taken on Saturday at the ANC's election manifesto launch in Durban.

The ANC, however, condemned Mafokate's 'conduct'.

“The African National Congress condemns the conduct of Arthur Mafokate at its Manifesto Launch rally on 12 January 2019 when he stormed the stage uninvited and caused undue mayhem. While the ANC has worked with and supported Mafokate over many years, however, reports of his alleged abusive conduct towards a female accomplice go against the values and policies of the ANC which denounce gender-based violence,” the ANC said in a statement.

The party distance itself from Mafokate and apologised to Mbatha.

Mafokate is accused of assaulting his ex-girlfriend, musician Cici Twala.

Twala had to undergo a hip replacement operation after the incident.

But, she has since explained why and how the picture was taken after fans called her out.