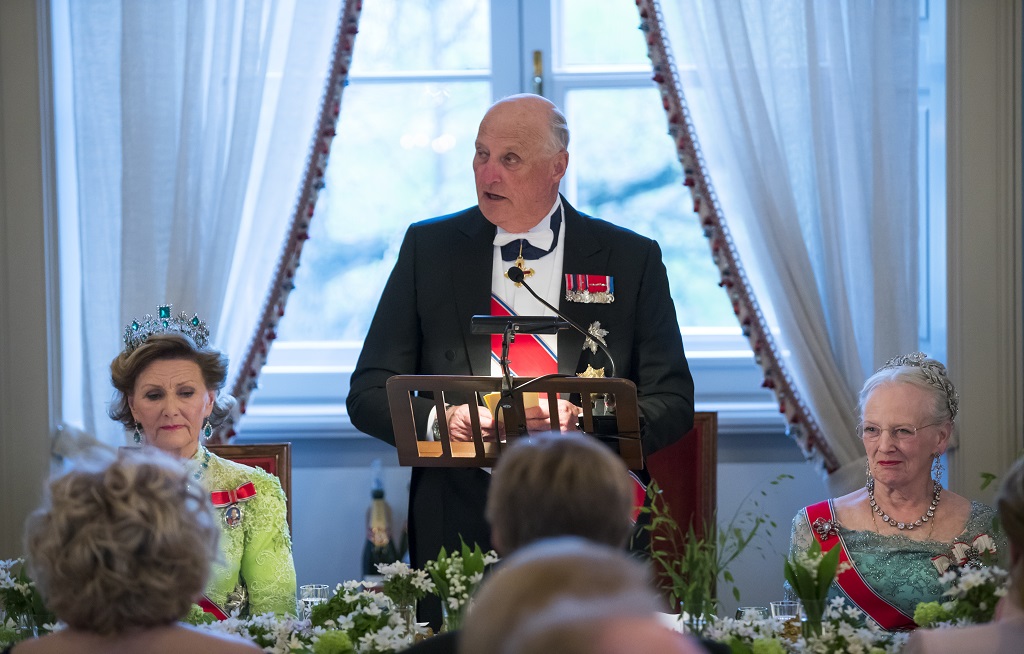 King Harald makes a speech at a gala dinner at the Royal Palace in Oslo, Norway on May 9, 2017 to mark the 80th Birthday of the King and Queen.

OSLO – Norway&39;s King Harald is being treated in hospital for an infection, the royal palace said Sunday.

The 80-year-old monarch, who has ruled the country since 1991, underwent surgery for bladder cancer 14 years ago.

"His majesty the king was hospitalised Friday at the Royal Hospital of Oslo because of an infection," a press release from the royal household said.

"His condition is satisfactory and the king is healing," it said.

The king&39;s schedule for Monday has been cancelled, but the rest of the week&39;s activities are currently due to go ahead, a spokesman for the palace told the daily VG, without giving any further details about the nature of the infection.