Outcry over romantic photo of couple with dead lion 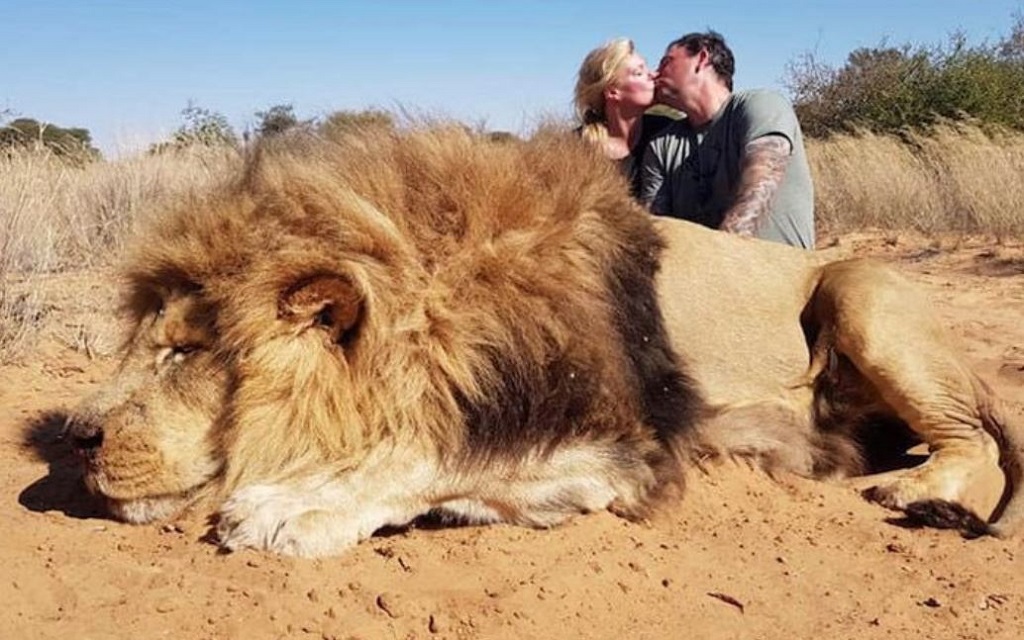 The picture of the couple next to a lion they have just killed caused outrage on social media.

JOHANNESBURG - A picture of a Canadian couple kissing behind a lion they had just shot and killed has caused outrage on social media.

According to The Independent, the image of Darren and Carolyn Carter was taken while the couple was trophy hunting in South Africa.

“There is nothing like hunting the king of the jungle,” the couple captioned the photo, which has since been removed.

The image was also posted on the website of Legelela Safaris, which specialises in big-game hunting trips in South Africa.

Animal rights organization PETA has condemned the image and called for a ban on trophy hunting.

"This trapped lion didn’t stand a chance; the twisted couple reportedly paid to shoot him on a canned hunting ranch", read the statement.

Is there anything more romantic than murdering someone and posing in front of their corpse? 😡 This trapped lion didn’t stand a chance; the twisted couple reportedly paid to shoot him on a canned hunting ranch. http://peta.vg/2jhw #Animals #AnimalRights #EndSpeciesism #Hunting #HuntingBan #BanHunting #TrophyHunting #Vegan #GoVegan #Veg #GoVeg #VeganLife