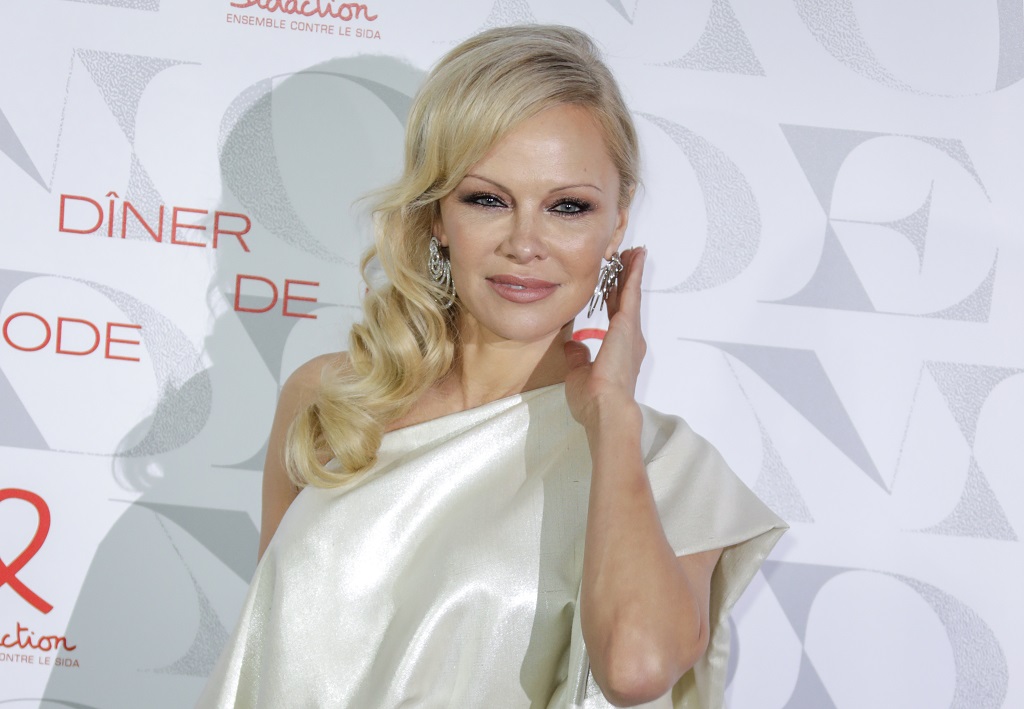 In this file photo taken on January 24, 2019 US actress Pamela Anderson poses during a photocall upon arriving to attend the "Diner de la Mode" (Fashion Dinner) fundraiser dinner to benefit French anti-AIDS association Sidaction, at the Pavillon d'Armenonville in Paris.

"They were married yesterday in a private ceremony in Malibu. They love each other very much," a source connected to the couple told AFP.

Penning a lovestruck statement in the form of a poem after the nuptials, Anderson dubbed Peters "the original 'bad boy' of Hollywood."

"No one compares -- I love him deeply like family," Anderson wrote to The Hollywood Reporter.

More recently she dated French soccer star Adil Rami, with whom she lived in France.

Peters (74) a former hairstylist, rose to Hollywood prominence after a high-profile romance with Barbra Streisand, going on to produce her 1976 version of "A Star Is Born."

READ: Stars raise over $15m for AIDS research at Cannes

He subsequently oversaw the Tim Burton "Batman" films in the 1980s and 1990s, and brought another DC comic books icon back to the screen in 2006's "Superman Returns."

He was co-chairman of Columbia Pictures for a stint in the 1990s.

Peters told THR: "There are beautiful girls everywhere. I could have my pick, but -- for 35 years -- I've only wanted Pamela."

Peters reportedly first met Anderson at the Playboy Mansion in the 1980s, and proposed to her shortly after.

But until recently the pair had grown apart -- when asked about their relationship in an interview with THR in 2017, Peters said: "You'll have to do your research. I can't even remember anymore."

The wedding is also Peters' fifth time at the altar, with his most recent marriage ending in 2004.

"His life used to scare me. So much for a girl like me," wrote Anderson. "Now I've seen more of life and realize .. He's been there all along."

Anderson, a prolific social media user, has yet to mention the wedding on those platforms.

But on Monday she posted a series of black-and-white photo portraits on Instagram captioned with romance-themed quotes.