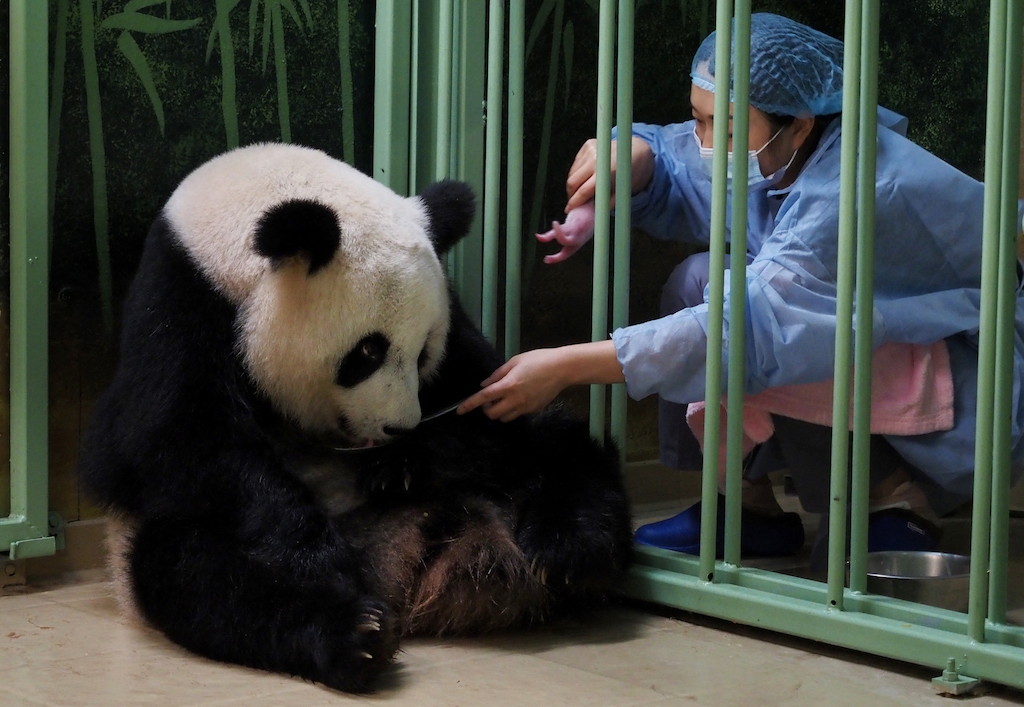 PARIS - Huan Huan, a giant panda on loan to France, gave birth to twin cubs on Monday, according to the Beauval zoo.

The twins, born around 1am, are Huan Huan and her partner Yuan Zi's third cubs after the first panda ever born in France, Yuan Meng, in 2017.

"The two babies are pink. They are perfectly healthy. They look big enough. They are magnificent," said Rodolphe Delord, president of Zoo-Parc de Beauval in Saint-Aignan, central France.

Panda reproduction, in captivity or in the wild, is notoriously difficult as experts say few pandas get in the mood or even know what to do when they do.

Further complicating matters, the window for conception is small since female pandas are in heat only once a year for about 24-48 hours.

Huan Huan and her partner Yuan Zi -- the star attractions at Beauval -- thrilled zoo officials in March when they managed to make "contact", as they put it, eight times in a weekend.

Veterinarians also carried out artificial insemination, just to be sure.

Huan Huan's first cub, Yuan Meng, now weighs more than 100kg and is to be sent this year to China, where there are an estimated 1,800 giant pandas living in the wild and another 500 in captivity.

Huan Huan's newborns will not be named for 100 days, with Peng Liyuan -- the wife of Chinese President Xi Jinping -- set to chose what they will be called, the zoo said.