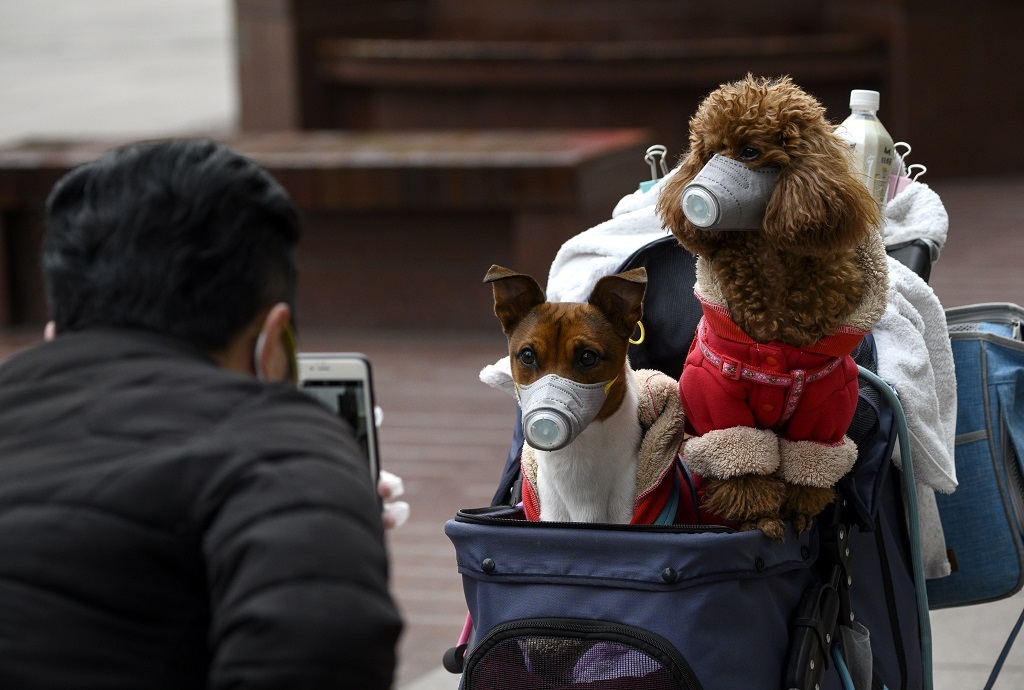 A man takes photos of dogs wearing masks in a stroller in Shanghai on February 19, 2020.

HONG KONG - A pet dog was quarantined at an animal centre in Hong Kong after it tested positive to low levels of the new coronavirus, officials said on Friday, in the first such case in the city.

The canine, which belongs to a 60-year-old woman infected with the virus, has no "relevant symptoms", the Agriculture, Fisheries and Conservation Department said.

But "nasal and oral cavity samples were tested weak positive to COVID-19 virus," a spokesman said, without explaining why they tested the animal in the first place.

The dog was collected from the owner's home on Wednesday, after the woman was diagnosed with the contagion and placed in a hospital isolation ward.

It would be closely monitored and undergo further tests to confirm if it really has the virus or if "this is a result of environmental contamination of the dog's mouth and nose," the department said.

The canine would be held until it returned a negative result.

While there is no evidence domestic animals such as dogs and cats can catch the virus or transmit it to humans, the department said pets of infected people should be quarantined for 14 days.

The financial hub has confirmed 93 cases of the new coronavirus, with two deaths earlier this month.

The epidemic, which emerged in central China in December, has infected more than 83,000 people globally.