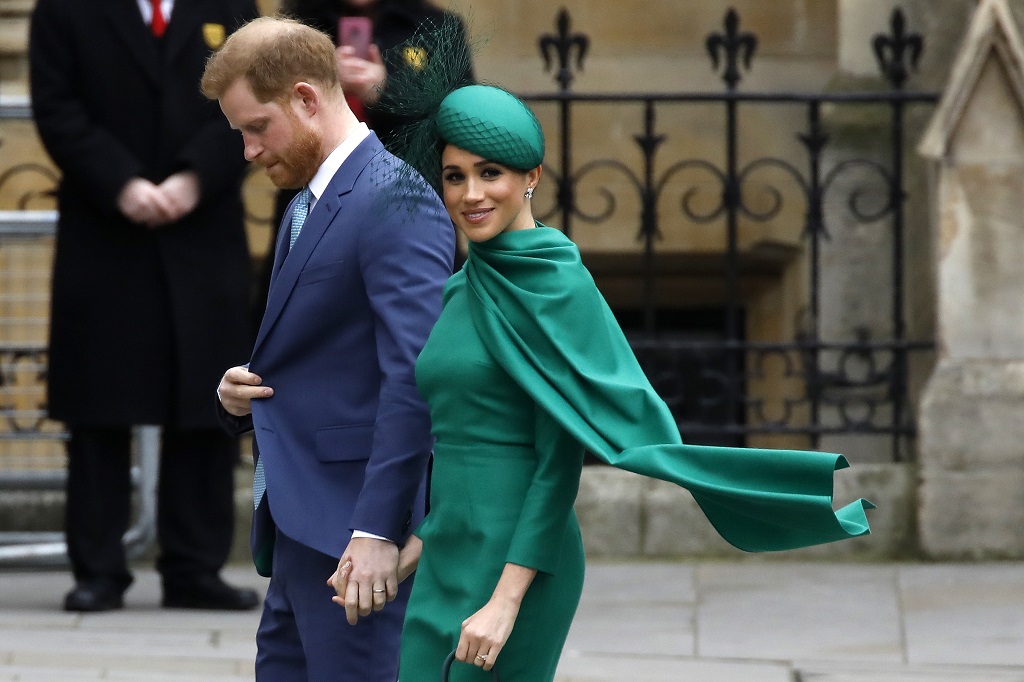 Britain's Prince Harry and his wife Meghan Markle announced in January that they intended to quit royal life and "work to become financially independent".

LONDON - Prince Harry and his wife Meghan bowed out as senior royals on Monday, joining Queen Elizabeth II for a Commonwealth Day ceremony in London before setting off on their own.

The Duke and Duchess of Sussex were cheered as they joined other members of the royal family at Westminster Abbey in their final public engagement before stepping back from their roles on March 31.

Meghan, wearing an emerald green dress and hat, joined Harry as they briefly spoke with dignitaries, before the arrival of the queen.

They appeared to mouth "hello" to Harry's brother William and his wife Kate as they took their seats, despite rumours of a rift between the siblings.

READ: One last event before Harry and Meghan bow out

The couple, who unlike last year were not part of the monarch's procession, watched on as singer Alexandra Burke performed and boxer Anthony Joshua gave a speech about the "shared vision" of the Commonwealth community.

They chatted with choirboys on the way out of the famous central London church, before heading into their car and disappearing from the royal limelight.

Harry and Meghan rocked the monarchy with their announcement in January that they wanted to break free from the constraints of royalty, and will no longer represent the monarch as they pursue a new, financially independent life based in Canada.

They complained about media intrusion -- a long-running issue for Harry, who watched how photographers pursued his mother Diana until her death in a Paris car crash in 1997.

Their decision to leave prompted anger and dismay among many royal fans in Britain, but both Harry and Meghan have received a warm welcome in their final flurry of engagements.

The couple received a standing ovation as they took their seats at an evening of military band music at London's Royal Albert Hall on Saturday.

And Meghan drew shrieks of delight from school children in Dagenham, east of London, when she made an unannounced visit on Friday.

"She really is beautiful, innit?" head boy Aker Okoye, 16, told the audience after the duchess asked him up on stage and he greeted her with a kiss on the cheek.

In a visit to mark International Women's Day, Meghan paid tribute to the women whose strike at the nearby Ford Motor Plant in 1968 helped pave the way for the 1970 Equal Pay Act.

"No matter what colour you are, no matter what gender you are, you have a voice and you certainly have the right to speak up for what is right," she told the children.

Harry is the youngest son of the queen's eldest son and heir, Prince Charles. Despite stepping back from the royal frontline, the 35-year-old will remain sixth in line to the throne.

But from the end of this month, he and his wife will no longer use the "Royal Highness" style or use public funds, except for their security.

The couple had previously spoken about their struggle with the limelight since their fairytale wedding in May 2018, and the birth of their first child Archie the following year.

At one of his final events last week, with injured military veterans, the prince expressed his pride at serving the monarch.

"Once served, always serving!" Harry, a former soldier who served two tours in Afghanistan, told the audience at the Endeavour Fund.

He will no longer perform any duties associated with his military appointments, but said that he would always support the armed services.

"A lot of you tonight have told me you have my back, well I'm also here to tell you, I've always got yours," he said.

But both he and Meghan will keep their personal patronages, and his military posts will not be filled for a year.

The queen and the couple have agreed to review the new arrangements in 12 months time, giving them a route back to royal life.

The monarch, 93, told Harry during lunch last week that they would always be welcome, The Sun reported. 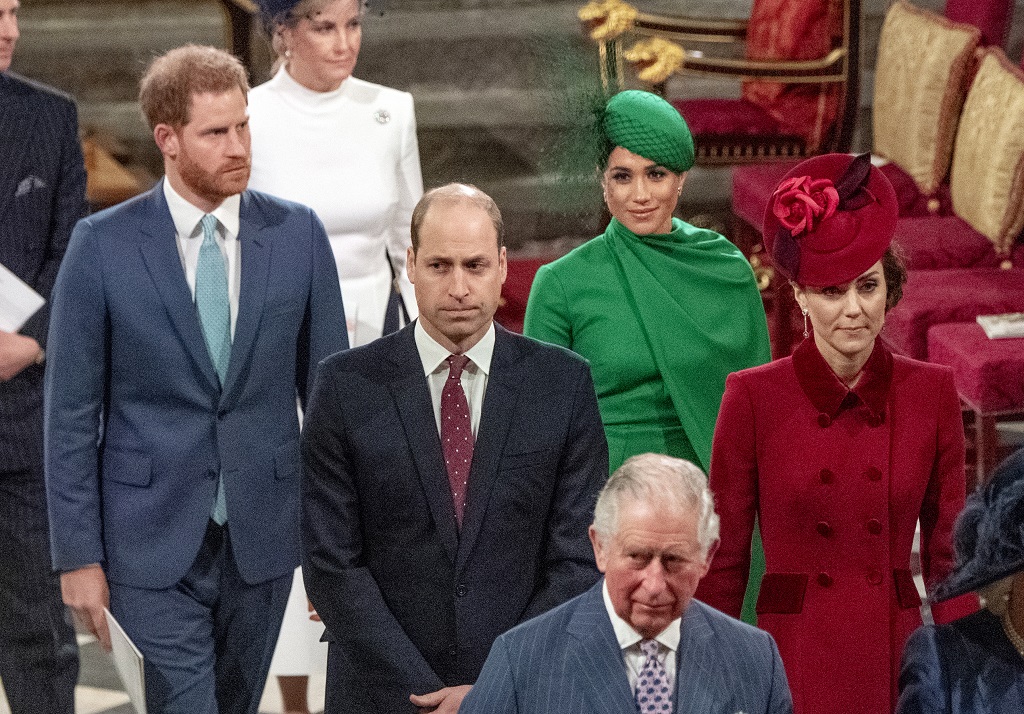 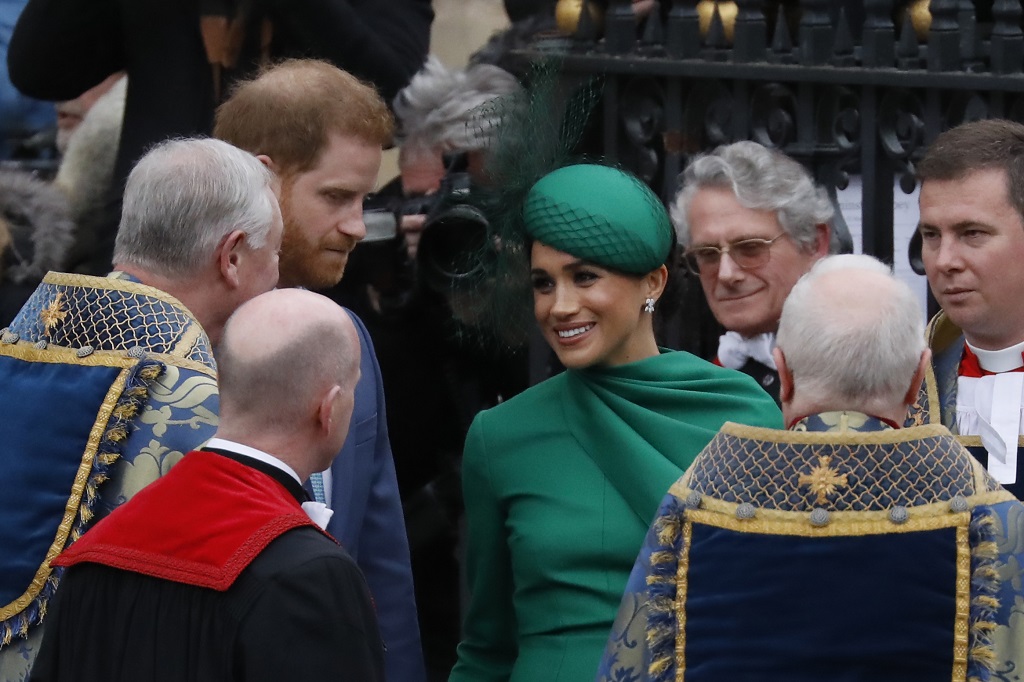 Britain's Prince Harry, Duke of Sussex (3L) and Meghan, Duchess of Sussex (4L) are introduced to performers as they leave after attending the annual Commonwealth Service at Westminster Abbey in London on March 09, 2020.

Britain's Prince Harry, Duke of Sussex (2nd R) smiles as he stands beside his wife Britain's Meghan, Duchess of Sussex (R) behind Britain's Queen Elizabeth II (L) inside Westminster Abbey as they attend the annual Commonwealth Service in London on March 9, 2020.