IN PICTURES: Rio Carnival revels in last night of partying 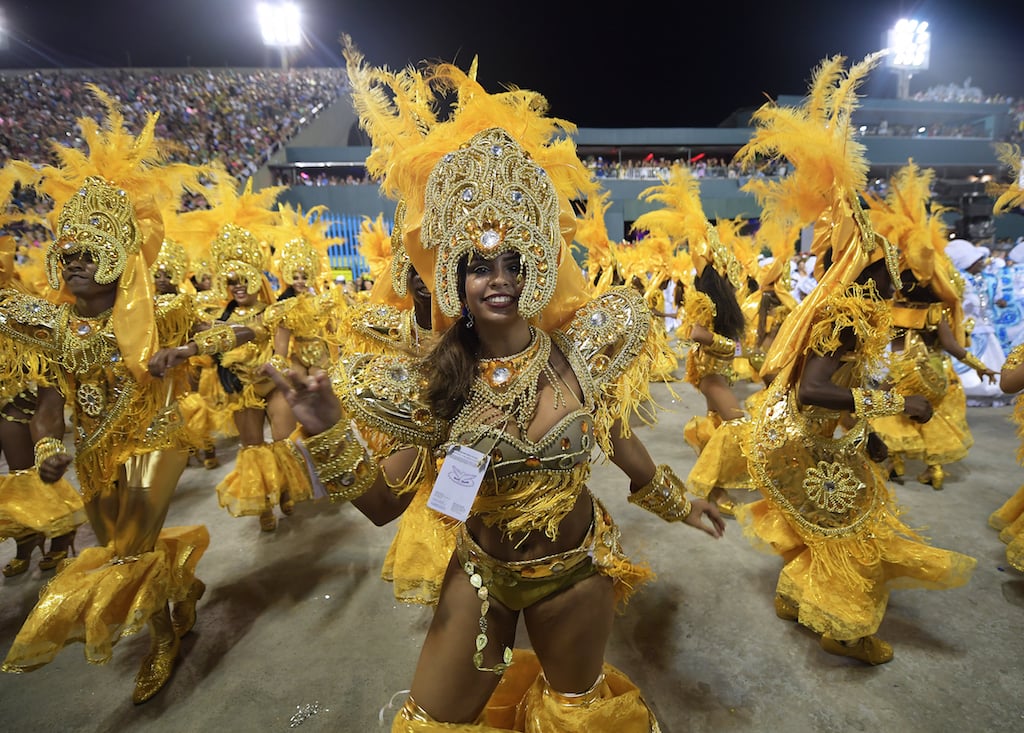 Members of the Portela samba school perform during the second night of Rio's Carnival parade.

RIO DE JANEIRO - Rio threw the second and final night of its celebrated carnival in a show that blended political protest with a return to Brazil's roots.

More than 70,000 people sang at the top of their voices as the seven final samba schools paraded through the city's Sambadrome, the huge concrete arena built by Brazilian architect Oscar Niemayer.

The night before, another seven of the city's competing samba schools -- a mixture of trained dancers and enthusiastic neighbourhood locals -- had staged their own colourful parade, in costumes and with giant decorated floats.

As they do every year, Brazilians briefly forget their woes during the world's biggest party, including the economic crisis, bitter political divisions, massive corruption scandals and a sky-high murder rate.

The fiesta serves as a cathartic coming together for the city, reflecting the joy, suffering and dreams of its denizens.

"It's another way of crying. And protesting: we are alive!" said an editorial in the daily O Globo on Monday.

The crowd this year included celebrities, such as football great Neymar, who was seen at the stadium with funk singer Anita. Neymar plays for France's Paris Saint-Germain and is in Brazil for treatment of a foot injury.

The city had been battered by torrential summer rains in the hours leading up to the start of the parade on Sunday, but the skies cleared, as if by magic, just as the first samba school sashayed into the spotlight.

And the magic of the parade has not dried up either in the first carnival to be staged under the new far-right president, Jair Bolsonaro. Sunday saw a display of spectacular floats featuring giant flamboyant birds, slave ships, the Roman colosseum and of course scantily clad dancers in exotic headdresses throbbing to the deafening beat of drum bands. 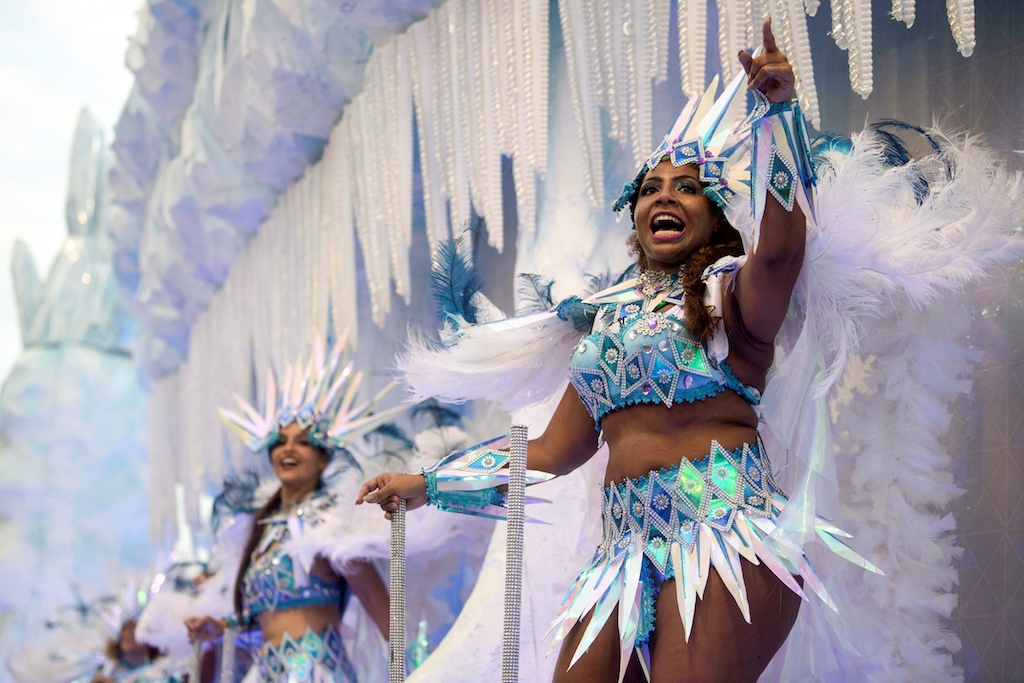 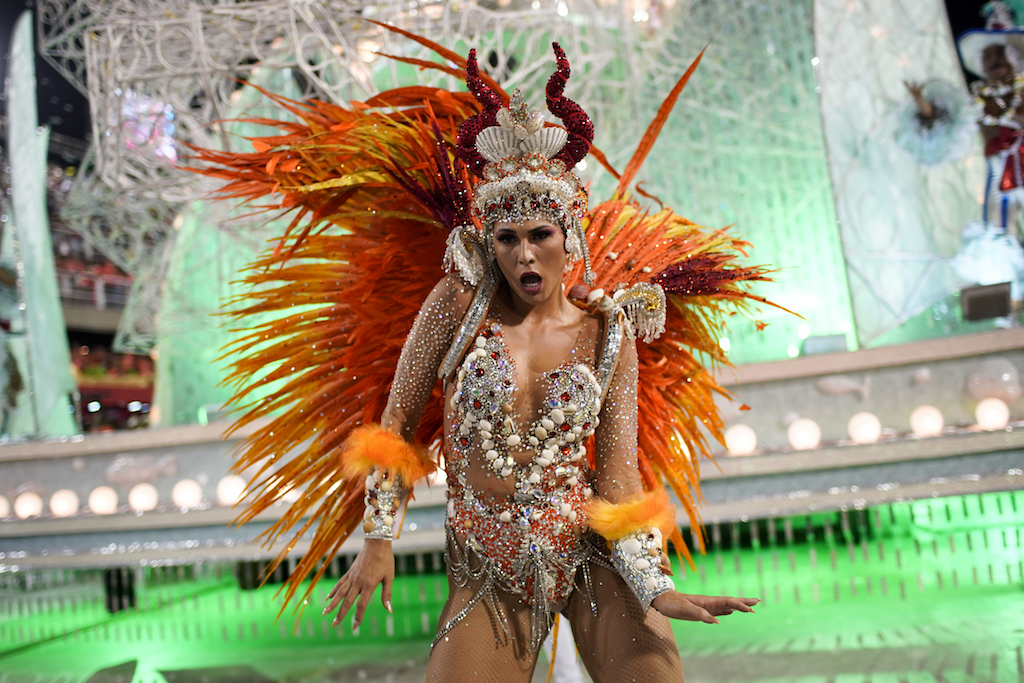 A member of Paraiso do Tuiuti samba school performs during the second night of Rio's Carnival parade. 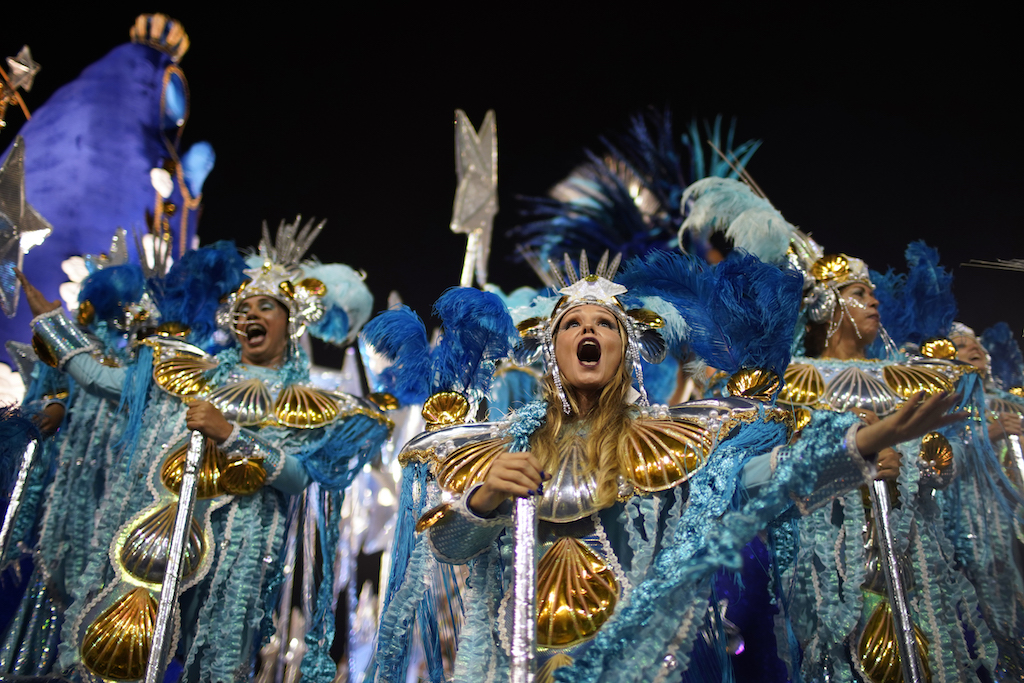 Members of the Portela samba school perform during the second night of Rio's Carnival parade. 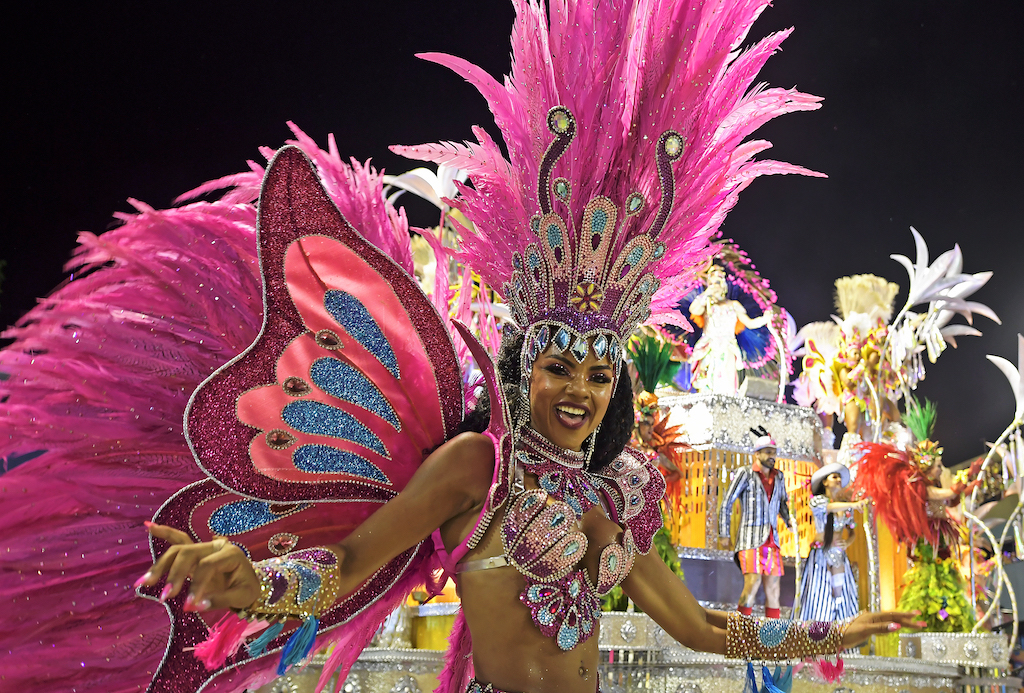 Members of the Paraiso do Tuiuti samba school perform during the second night of Rio's Carnival parade. 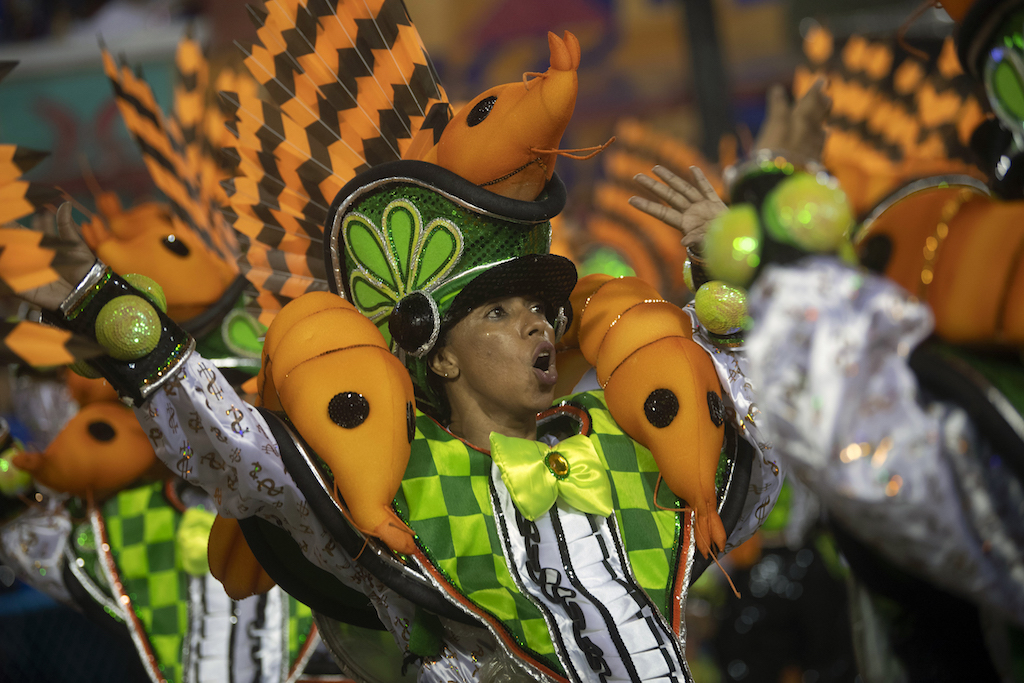 A member of the Sao Clemente samba school perform during the second night of Rio's Carnival parade.