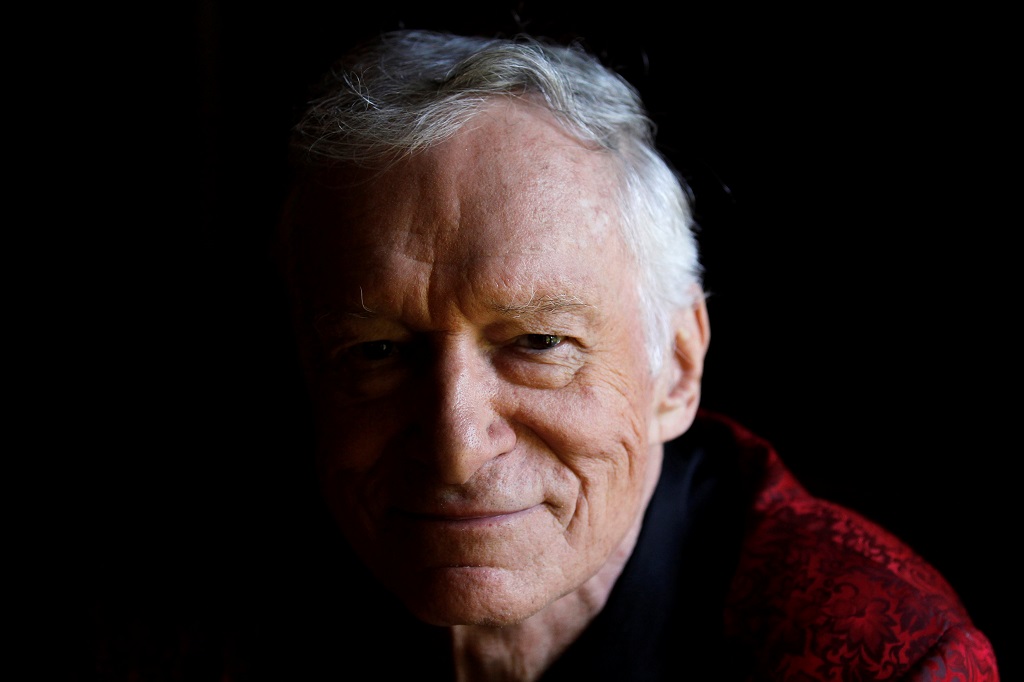 JOHANNESBURG - Playboy founder Hugh Hefner, who helped usher in the 1960s sexual revolution with his groundbreaking men's magazine and built a business empire around his libertine lifestyle, died on Wednesday at the age of 91, Playboy Enterprises said.

Hefner, once called the "prophet of pop hedonism" by Time magazine, peacefully passed away at his home, Playboy Enterprises said in a statement.

Hefner was sometimes characterised as an oversexed Peter Pan as he kept a harem of young blondes that numbered as many as seven at his legendary Playboy Mansion. This was chronicled in The Girls Next Door, a TV reality show that aired from 2005 through 2010. He said that thanks to the impotency-fighting drug Viagra he continued exercising his libido into his 80s.

"I'm never going to grow up," Hefner said in a CNN interview when he was 82. "Staying young is what it is all about for me. Holding on to the boy and long ago I decided that age really didn't matter and as long as the ladies ... feel the same way, that's fine with me."

Hefner settled down somewhat in 2012 at age 86 when he took Crystal Harris, who was 60 years younger, as his third wife.

He said his swinging lifestyle might have been a reaction to growing up in a repressed family where affection was rarely exhibited. His so-called stunted childhood led to a multi-million-dollar enterprise that centred on naked women but also espoused Hefner's "Playboy philosophy" based on romance, style and the casting off of mainstream mores.

That philosophy came to life at the legendary parties in his mansions - first in his native Chicago, then in Los Angeles' exclusive Holmby Hills neighbourhood - where legions of male celebrities swarmed to mingle with beautiful young women.

Long before the Internet made nudity ubiquitous, Hefner faced obscenity charges in 1963 for publishing and circulating photos of disrobed celebrities and aspiring stars but he was acquitted.

Hefner created Playboy as the first stylish glossy men's magazine and in addition to nude fold-outs, it had intellectual appeal with top writers such as Kurt Vonnegut, Joyce Carol Oates, Vladimir Nabokov, James Baldwin and Alex Haley for men who liked to say they did not buy the magazine just for the pictures.

"I've never thought of Playboy quite frankly as a sex magazine," Hefner told CNN in 2002. "I always thought of it as a lifestyle magazine in which sex was one important ingredient."

Fun fact: Hugh Hefner was an early LGBT ally, and featured a trans model in Playboy way back in 1991. https://t.co/ALgyZJh99n

Hefner proved to be a genius at branding. The magazine's rabbit silhouette became one of the best known logos in the world and the "bunny" waitresses in his Playboy nightclubs were instantly recognisable in their low-cut bathing suit-style uniforms with bow ties, puffy cotton tails and pert rabbit ears.

Hef, as he began calling himself in high school, also was a living logo for Playboy, presiding over his realm in silk pajamas and a smoking jacket while puffing on a pipe.

"What I created came out of my own adolescent dreams of fantasies," he told CNN. "I was trying to redefine what it meant to be a young, urban unattached male."