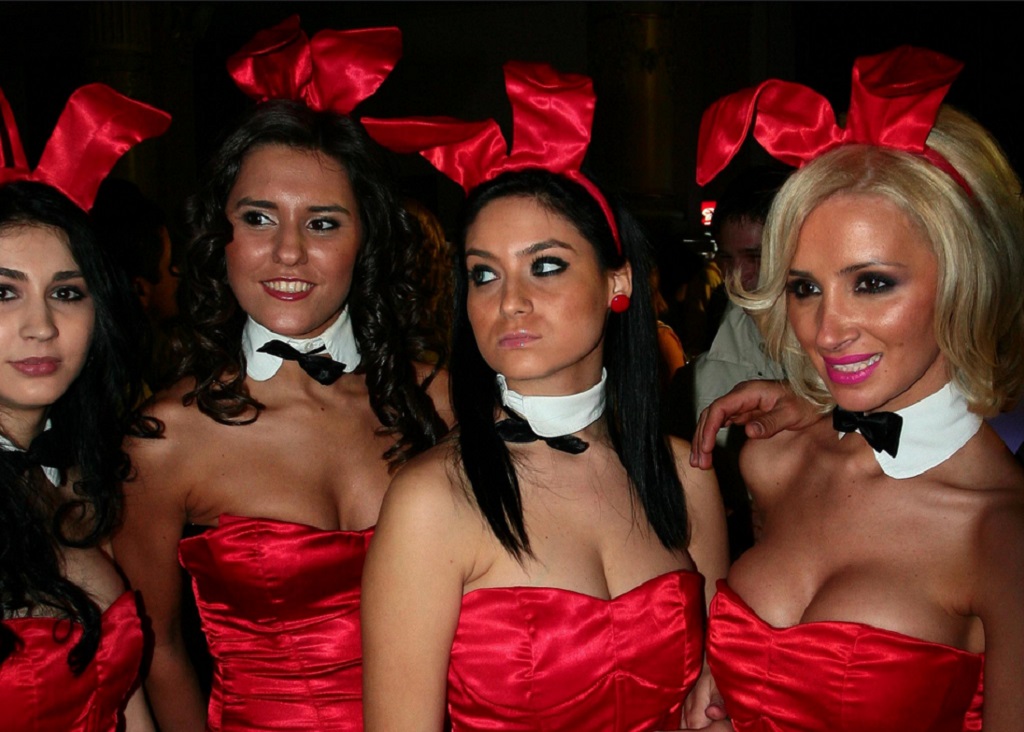 Playboy Annual Party @Palace Colosseum - 27-02-2008, Bucharest, Romania. The Playboy Magazine announced in October last year that it would abandon its full frontal nudity for flirty, more natural shots of women with some, or no, clothes on.

NEW YORK - The great-granddaughter of novelist Ernest Hemingway strips off for a revamped issue of Playboy magazine as it abandons full frontal nudity for flirty, more natural shots of women with some, or no, clothes on.

Actress and fashion model Dree Hemingway, 28, is the March Playmate for the first so-called "non nude" edition of the 62-year-old magazine, which hits US newsstands on Feb. 12, Playboy said on Thursday.

Social media personality Sarah McDaniel appears on the front cover in an edition that Playboy describes as showcasing "beautiful women with a very real, relaxed vibe."

In the new-look magazine, Hemingway and McDaniel pose both scantily clad and naked, while partly covering themselves strategically with their hands, bed sheets or rugs.

Playboy, founded in 1953 by Hugh Hefner, announced in October that it would stop publishing nude photos of women, saying they had become outdated due to the plethora of free pornography on the Internet.

Former "Baywatch" star Pamela Anderson was the last person to bare it all for Playboy for the January/February 2016 edition.