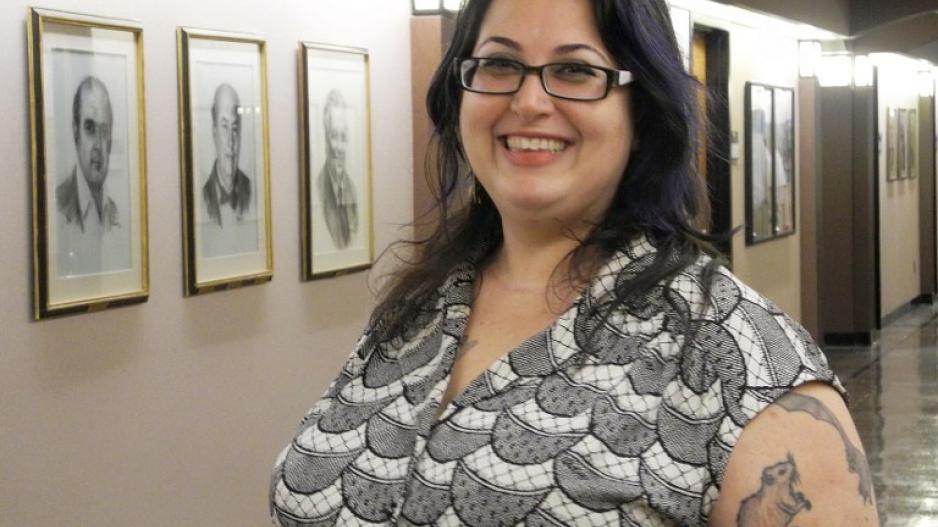 NEW YORK - Full-figured women had their day on the catwalks of New York on Friday when hometown designer Eden Miller unveiled her plus-size collection -- a fashion week first.

With bold colours, large prints, a long dress with horizontal stripes, Miller said she did her collection "in a big way, I didn&39;t want to be shy about it."

"I hope that I did well enough to open the doors for other people. I wanted to show beautiful, sexy women who own their bodies. I am not apologetic in any way."

Her collection was presented in the "Box", the smallest of the venues at the Lincoln Center where the fashion week is taking place.

"It is a huge step for the fashion industry," said designer Meaghan O&39;Connor.

Susan Georget who has worked for plus-size modelling agency MSA for 30 years which provided the models for Miller&39;s show, said it was "an overnight success that has been taking for ever."

"We waited and waited. We have been little baby steps along the way, but this solidifies our place in the fashion industry, as fashionable, sexy and wonderful women."

Also delighted at the show was Aimee Cheshire, a specialist in plus-size fashion.

"We are getting noticed now. It is a dream, a validation we&39;ve been craving for many years to come to our industry," she said, adding that Miller represented "over 60 percent of the population in the US."

Miller, who has been a designer for 25 years, launched her line Cabiria in April to "good but unexpected" reviews.

In July she was approached by the Fashion Law Institute -- a non-profit organisation which advises and supports talented designers who do not have the resources to put on shows themselves -- to stage a show.

She says her pieces are "simply cut with a consideration for a plus-sized figure. They put it on, and they feel beautiful and that&39;s such a gift to me -- that fuels me to go further."

While still a rarity on international catwalks, plus-size models have been seen in Paris and Milan, and London has a fashion week dedicated to clothing for the more generously proportioned.

New York got its first plus-size show almost by accident.

"When I first met Eden, she was wearing one of her dresses," said Susan Scafidi of the Fashion Law Institute.

"I actually didn&39;t realise until later that Cabiria would be the first plus line in the tents. In other words, making accidental history was simply a plus."

Scafidi said that in the fashion world, the distinction between skinny models and larger models was made in the same way as one would distinguish between being gay or straight.

Miller, whose collection is aimed at women who wear American sizes 12 to 24 (42 to 56 in Europe), loves bold prints and doesn&39;t shy away from them.

"If you have a bigger body, you shouldn&39;t pretend you are a tiny person -- there is no point," she said.