Police have not received Baldwin phone over 'Rust' shooting 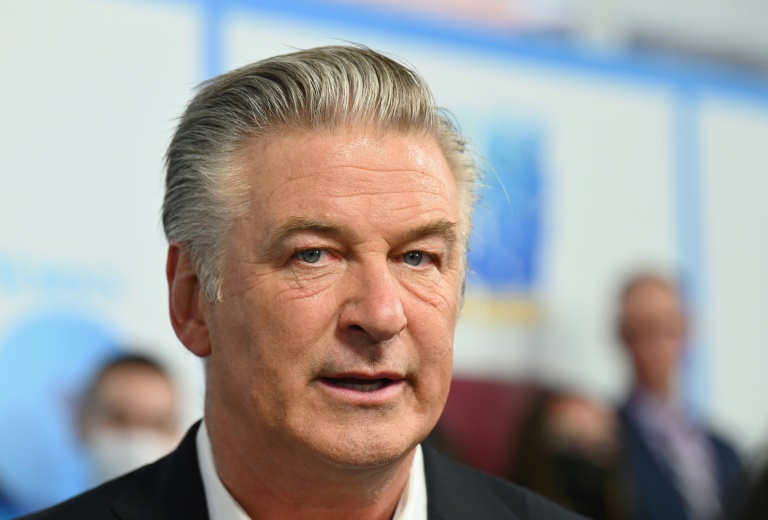 US actor Alec Baldwin has said he is cooperating with police investigating the killing of cinematographer Halyna Hutchins. AFP/Angela Weiss

LOS ANGELES - US detectives said they are still waiting for Alec Baldwin's cellphone, despite obtaining a warrant for it last month, as they gather evidence concerning the fatal shooting of a cinematographer on the "Rust" movie set.

Baldwin was brandishing a Colt gun during a rehearsal for the low-budget Western being filmed in New Mexico in October when it discharged a live round, killing Halyna Hutchins.

Police are looking into how live ammunition could have been present on set, which is strictly prohibited in the film industry precisely to avoid such an accident.

Investigators obtained a warrant in mid-December for Baldwin's phone, saying "there may be evidence on the phone" that could be "material and relevant to this investigation," citing various text messages and emails sent to and from Baldwin regarding the production of "Rust."

Baldwin was both the star and a producer of the movie.

The warrant said Baldwin had exchanged emails with the film's armorer about the type of gun to be used in the scene.

"To date, the cell phone has not been turned over to authorities," the Santa Fe county sheriff's office said in a statement.

Investigators contacted Baldwin's lawyers to obtain the phone, but without success. The sheriff's office then sought assistance from the Santa Fe district attorney, who began negotiating to have the actor turn over his phone voluntarily, "due to jurisdictional concerns," the statement said.

Baldwin posted a rambling video over the weekend in which he insisted he was complying with the investigation into Hutchins's death.

"Any suggestion that I am not complying with requests or orders or demands or search warrants about my phone... that's a lie," he said.

Baldwin said New Mexico authorities had to coordinate with authorities of New York state, where he lives, in order to obtain the phone. "That is a process that takes time."

Investigators have not yet filed criminal charges over the tragedy, and have refused to rule out charges against anyone involved, including Baldwin.

In his first major interview since the shooting, Baldwin said in December he had been told the gun contained no live ammunition and had been instructed by Hutchins to point the gun in her direction as she prepared to film the scene.

Baldwin told ABC he does not feel guilty for Hutchins' death, adding that he had started cocking the gun when the bullet fired but did not pull the trigger.