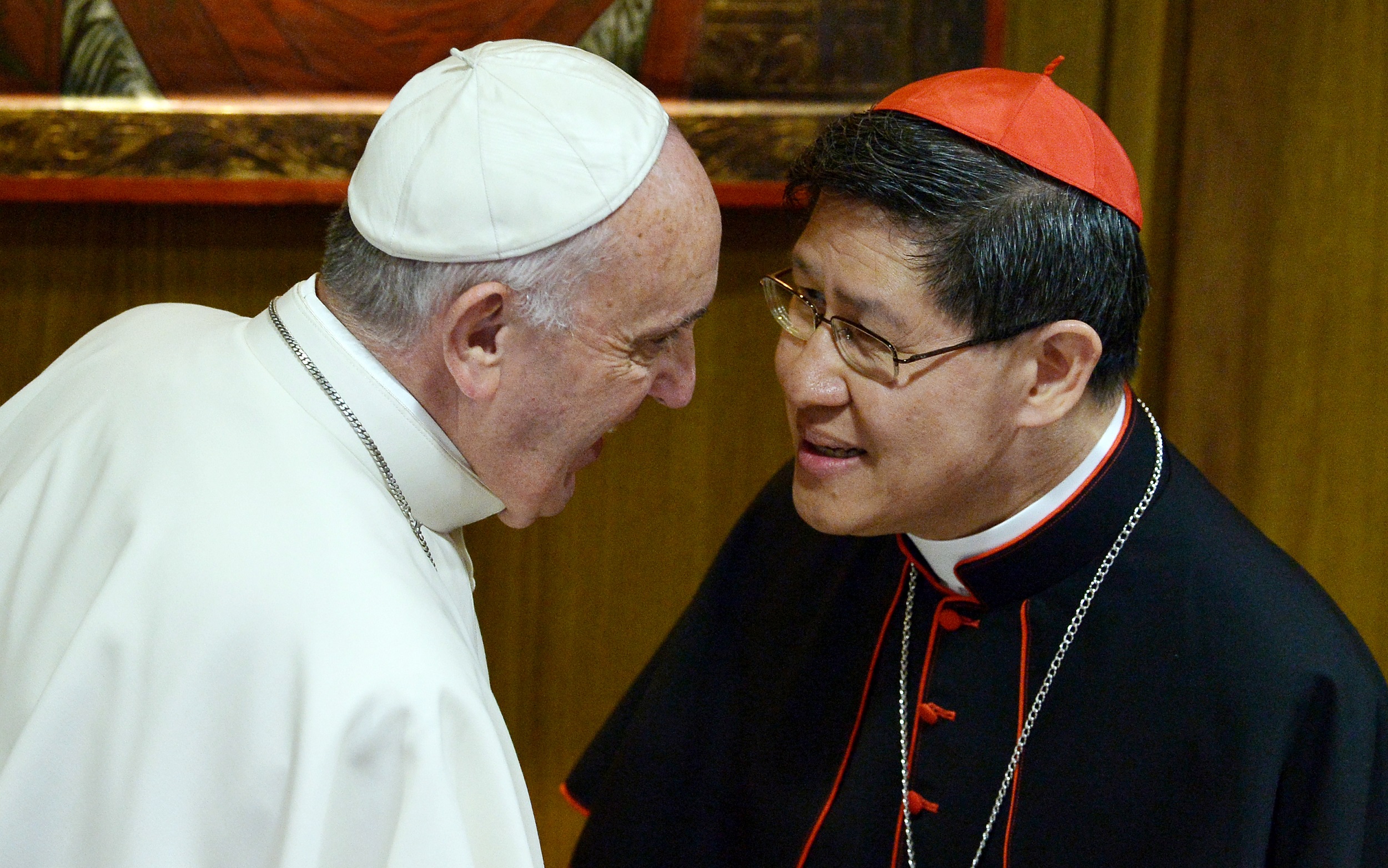 VATICAN CITY - Pope Francis is being "constantly monitored" for signs of the coronavirus, a top Vatican official said Monday, after the 83-year old pontiff met with a cardinal who later tested positive.

Philippine cardinal Luis Antonio Tagle had a private audience with Francis on 29 August. He went on to test positive for COVID-19 on his return to Manila on 10 September.

"We are being prudent," Secretary of State Pietro Parolin told ANSA news agency.

READ: Pope sports a face mask for the first time in public

"There is no particular alarm (in the Vatican)", but the health of the head of the world's 1.2 billion Catholics was being "constantly monitored," he added.

Pope Francis, whose birth name is Jorge Bergoglio, has shown little fear for his own health since the outbreak of the coronavirus pandemic early this year.

The pope talks to those who visit him at the Apostolic Palace without wearing a face mask. Last week he was spotted wearing one for the first time since the start of the pandemic, but he took it off to chat to the faithful.

Francis shunned, however, his usual practice of shaking hands and kissing babies, and used hand sanitiser which was handed to him by a personal assistant.

The pope was tested for the coronavirus in March when a prelate living in the same residence as him was found to be positive.