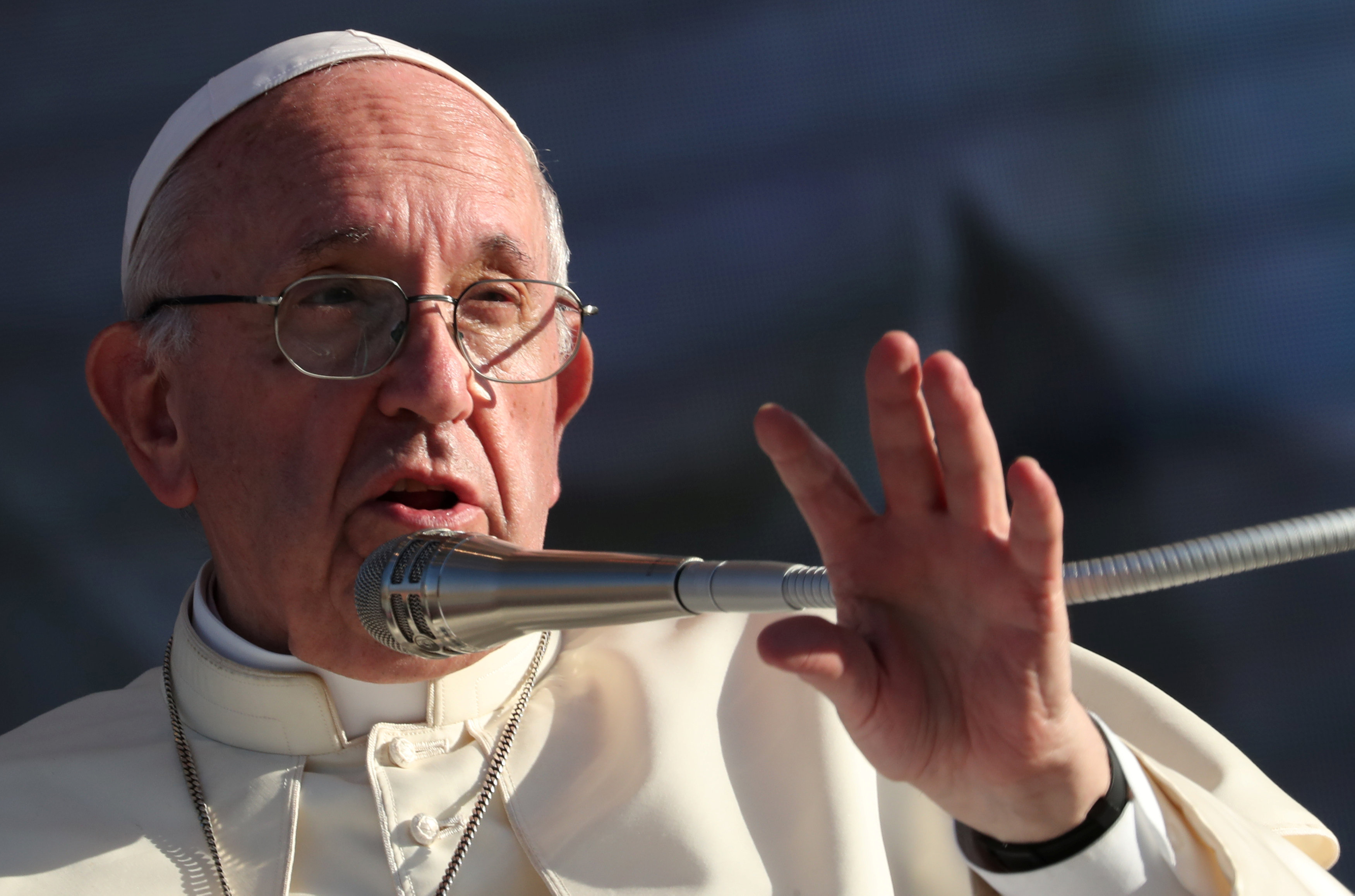 File: Pope Francis gestures as he meets with young people at the Politeama square in Palermo, Italy, September 15, 2018.

The Vatican employees who manage Pope Francis' official Twitter account in English confused the two on Sunday when Tweeting about five new saints he canonised in St. Peter's Square.

"Today we give thanks to the Lord for our new #Saints. They walked by faith and now we invoke their intercession," the Tweet read.

The hashtag #Saints used by the Vatican on the pope's English account, however, had the Fleur-de-lis after it, which is the one used by an American football team, the New Orleans Saints.

The New Orleans Saints have 1.5 million Twitter followers and Pope Francis has about 1.8 million on his English account alone.

So the Tweet went viral as thousands of US football fans reacted, with many New Orleans Saints fans jokingly giving thanks for the perceived blessing.

"Praise the Lord and pass the football," one said.

For the record, the Saints, those from New Orleans, beat the Jacksonville Jaguars 13-6 on Sunday.