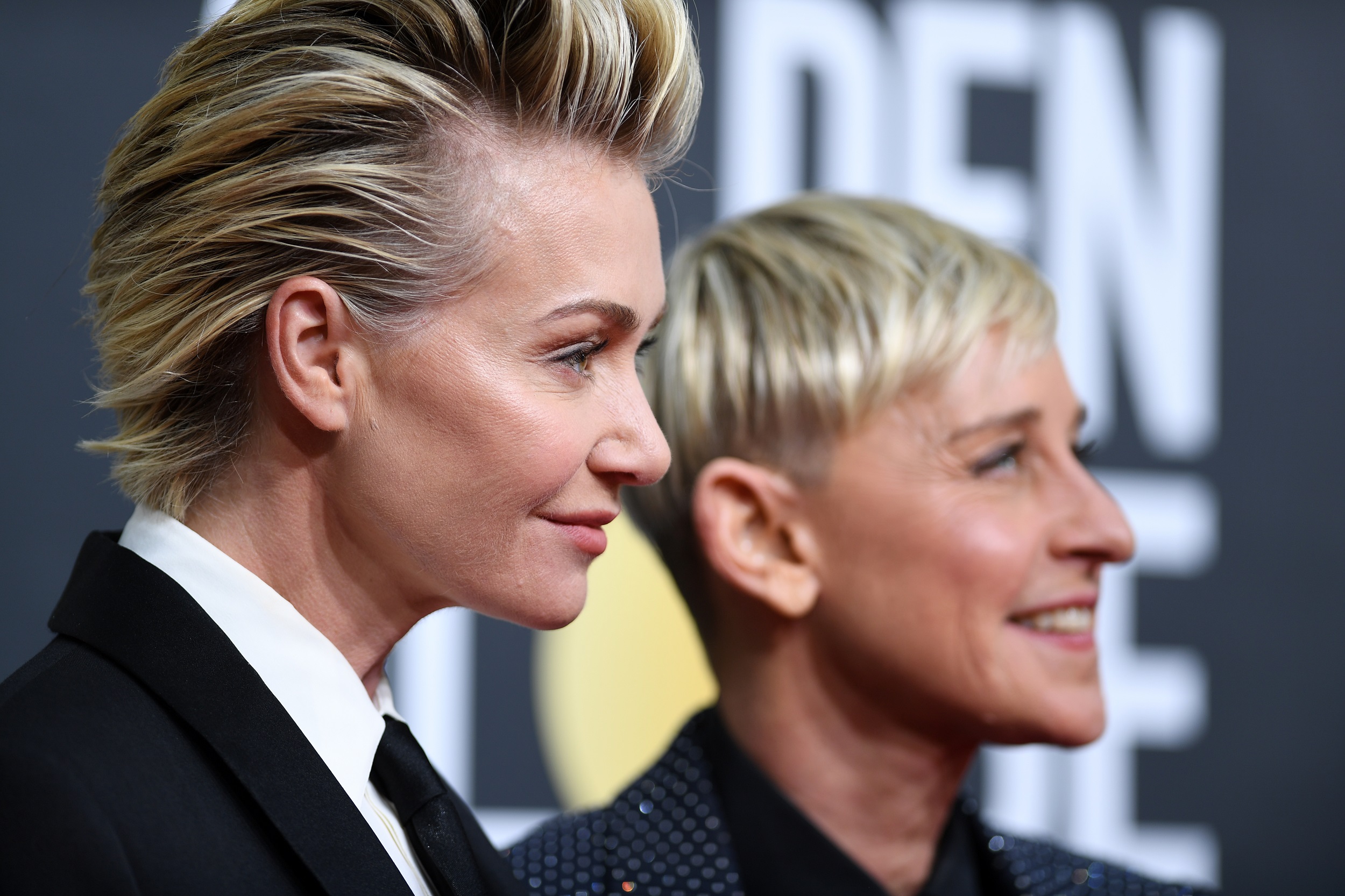 Portia De Rossi, who has been married to Ellen DeGeneres for 12 years, posted an "I Stand By Ellen" hashtag on her Instagram account.

De Rossi, who has been married to DeGeneres for 12 years, posted an "I Stand By Ellen" hashtag on her Instagram account.

"To all our fans... we see you. Thank you for your support," the former "Ally McBeal" actress wrote on Monday.

"The Ellen DeGeneres Show" has won multiple Emmy awards but both the talk show and DeGeneres herself have been under fire for weeks because of complaints by former productions staffers about a hostile workplace that included racism and bullying by upper management and claims that the comedian is mean-spirited.

Warner Bros. Television, which produces the talk show, conducted an internal investigation and said last week that staffing changes and other measures were being taken to address the issue.

DeGeneres also emailed staff, expressing regrets about the gulf between the show's happy public face and what was sometimes happening backstage.

Rather than damping criticism, the developments led to the #ReplaceEllen hashtag, which went viral on Monday. Users suggested that celebrities ranging from British singer Harry Styles to former U.S. first lady Michelle Obama should take over the show.

Warner Bros. Television on Monday did not respond to a request for further comment.

"She makes the world a better place for millions of people everyday and we cannot hit her because something may have not been perfect," Figueras wrote on Instagram.